Citigroup's outgoing chief executive came under fire yesterday for mistakes that have led to regulatory penalties during a conference call to discuss quarterly results.

Analysts questioned his pay and why he is not leaving the US bank immediately.

In unusually direct exchanges, analysts pressed CEO Mike Corbat to explain what management is doing to fix technical and operational problems that have plagued Citigroup for years and led the bank to erroneously send $900m of its own funds to Revlon creditors in August.

That blunder led to costly litigation between Citigroup and the recipients, as well as regulatory consent orders, a $400m penalty and lots of embarrassment.

Last month, Citigroup announced that Corbat would retire earlier than expected, to be replaced in February by Jane Fraser.

Several analysts asked why Corbat did not make more progress in overhauling creaky technology or generating better returns for shareholders during his tenure.

They also criticised what they described as a lack of accountability, noting that executive compensation should be better tied to risk management and shareholder returns.

Mike Corbat described steps Citigroup is taking to repair issues identified by the Federal Reserve and Office of the Comptroller of the Currency, and defended the progress Citigroup has made since he took charge.

When asked how much the overhaul might ultimately cost, the bank's chief financial officer Mark Mason said it would be "hard to pinpoint a number" beyond the $1 billion Citigroup is spending this year.

Earlier, Citigroup detailed a 34% decline in third-quarter profit as the coronavirus recession hurt its consumer bank.

Its net income of $3.2 billion, or $1.40 per share, still topped analyst expectations of 93 cents per share. But the results were weaker than crosstown rival JPMorgan Chase & Co, whose quarterly profit rose, and Citigroup's management offered a bleaker outlook. 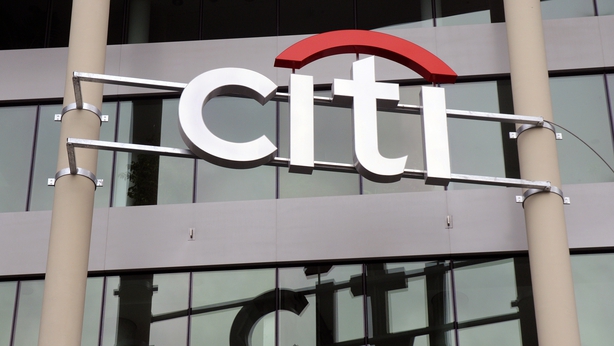 Citigroup added about $314m to credit loss reserves in the quarter, compared to the $15 billion it had set aside in the first half of the year.

The bank, one of the largest credit card issuers globally, said end-of-period open accounts across its portfolio dropped by 4%, or more than 5 million, and purchase sales slid 10%.

But Citi's trading business was a bright spot, with a 16% jump in revenue helping to offset consumer weakness.

Jane Fraser, who was not on the call, has said that overhauling risk management and internal controls will be her priority.

Analysts will probably get a chance to engage with her on the next quarterly call, Corbat said.

Regulators have curtailed Citigroup's ability to make significant acquisitions until its operational issues are fixed. Similar problems caused Citigroup to fail or barely pass its annual stress tests in prior years.

Shareholders are concerned that the consent orders and $400m fine are only the beginning of regulatory fallout for Citigroup, said Bank of America analyst Erika Najarian.

She likened the situation to scandal-plagued Wells Fargo & Co, which has faced a long series of fines, lawsuits and regulatory penalties since its phony-accounts scandal began unraveling in 2016.

Corbat said the two situations were not comparable because, unlike Wells Fargo, Citigroup did not dupe customers or seek to profit from the Revlon error. Instead, it lost money.

"No fraud, no customer harm, no benefit around that," he said.