Amazon.com today began 48 hours of promotions as part of "Prime Day," a closely watched marketing event the company had postponed due to operational challenges from the coronavirus pandemic.

The event, typically held in July to boost summer sales, is now a kickoff to what will be an earlier Thanksgiving and Christmas shopping season.

The member-only discounts are a key way Amazon markets Prime, a fast-shipping and media-streaming service that incentivizes subscribers to do more shopping on Amazon.

Rivals Walmart and Target Corp are also hosting promotions at the same time.

Online sales may prove critical for retailers as the pandemic forestalls the typical crowds at stores after the US Thanksgiving holiday.

At the pandemic's outset, Amazon was focused on shipping essential items to shoppers. Now its aim is to help customers with their holiday lists on Prime Day, said Jamil Ghani, a company vice president.

"It kicks off the holiday season," he told Reuters last month.

Amazon is bringing the event to Turkey and Brazil for the first time. In Latin America, Amazon has faced an uphill battle with local rivals.

A report by news site Reveal said the week around last year's Prime Day was the most dangerous for injuries at Amazon's packing centres, prompting criticism by a prominent union.

"Amazon's Prime Day means more injuries and unacceptable levels of stress for its workforce," Stuart Appelbaum, president of the Retail, Wholesale and Department Store Union, said in a statement.

"During normal times it's a grueling period for workers. During a global pandemic it may well push workers beyond their limit," he said.

Amazon disputed the claims, saying employees' performance expectations and injury rates are not higher during the holiday season.

"The safety of our employees is our top priority," it said in a statement. 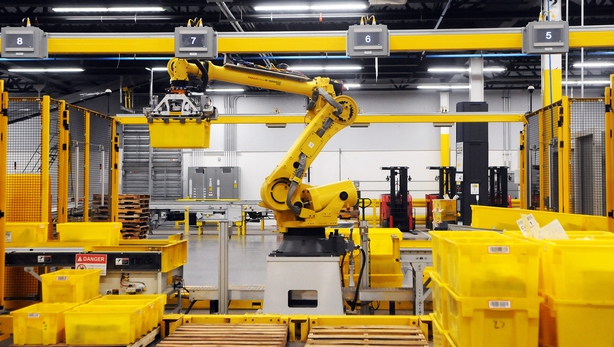 Meanwhile, a German trade union called on workers at seven Amazon warehouses to go on strike to coincide with the global "Prime Day" promotion event that was postponed due to operational challenges from the coronavirus pandemic.

Verdi said it was organising the two-day strike as part of a long-running battle with Amazon in Germany over better pay and conditions, noting that a coronavirus bonus introduced for workers in Germany in March had been scrapped again in May.

An Amazon spokesman said the majority of employees were continuing to work as normal despite the strike call.

He said the company offered "excellent salaries", with benefits and working conditions comparable with other important employers.

Verdi has been organising strikes at Amazon in Germany since 2013, most recently in June in protest over safety after some staff at logistics centres tested positive for the coronavirus.

Germany is Amazon's biggest market after the US.