The Limerick Economic Monitor illustrates the unprecedented hit to the economy in 2020, which is far from unique to the region. However, in spite of the downturn, the supports in place for households and enterprises have enabled Limerick begin the recovery phase on a stronger footing than before.

The level of external investment being attracted to Limerick is indicative of confidence in the region.

Limerick's resilience has come to the fore during Covid-19, with key indicators from the second of this year’s biannual Limerick Economic Monitors reflecting well on the city and county’s ability to ride out the pandemic.

The EY-DKM monitor shows that while the Limerick economy has, like the rest of the country, been heavily impacted by the pandemic, there are positive signs for the city, county and region. Among the key indicators is the recovery of footfall in the city centre, with Limerick at 78% of pre pandemic levels, compared to Dublin’s O’Connell St (50%), with Galway and Cork still only at 39.5% and 29% respectively for their city centres. Limerick performed well in terms of job creation during the pandemic, with 1,113 new jobs announced up to the end of August.

The report also reveals that there were 268 new start-ups between March and August 2020, with the largest number in wholesale and retail trade and legal, accounting & business.

There was also significant investment in research during the year through a €6 million commitment made by the Chinese Telecoms Company, Huawei, through a research funding package for Lero, the Science Foundation Ireland software research centre based at the University of Limerick.

Vincent Murray, Director of Economic Development, Limerick City and County Council said, "While there is still some uncertainty as to how long we will be dealing with the pandemic and what the impact is going to be internationally, nationally and regionally, Limerick has been quite robust in how it has weathered the storm so far. We have been far from unscathed but Limerick has shown a resilience that is very encouraging to say the least.

"We have a number of advantages, not least around our competitiveness, the level of investment planned for the city with the likes of the Opera Site just about to commence, job announcements this year that will really take effect towards the end of this year and into next and more. So, while we have quite a distance to go on this journey, the resilience so far suggests we’re ready for it."

Dr David McNamara, Director with EY-DKM Economic Advisory, said in spite of the downturn, the supports in place for households and enterprises have enabled the city and county begin the recovery phase on a stronger footing than before.

The report reveals that there has been no major change in employment and unemployment figures for the Mid-West in the year to Q2. This is in part due to the Government Covid-19 wage supports currently in place, which are not reflected in the labour force survey unemployment data. 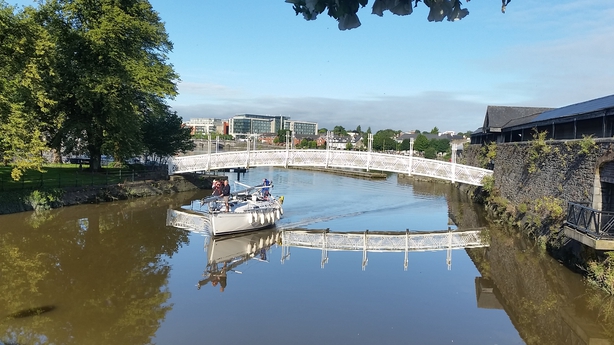 The council provided restart grants for over 1,891 businesses in Limerick during Covid-19 to assist them to get back on their feet, with a further 1,833 Limerick applications yet to be processed. "In total, should the remaining applications be successfully approved, almost €18 million should be provided to Limerick businesses to help them get back to business or simply remain trading. The Limerick Local Enterprise Office awarded 25 grants, almost half of which were for feasibility or innovation, with a combined award of €603,897. LEO also approved €1.25million worth of Business Continuity Vouchers, in addition to 230 trading online vouchers worth €575,000," Dr McNamara said.

Limerick City and County Council also waived commercial rates in support of businesses. This amounted to approximately €15 million in savings for Limerick businesses that were forced to close due to public health requirements.

The report also identified positive indicators from the property market, with €61 million worth of housing investments granted planning permission across Limerick City and County Council over the three-month period from May–July 2020. This investment was solely private and consisted of seven applications for a total of 280 housing units.

Housing prices, meanwhile, increased in Q2 by 3.5%. In comparison, the mean national house price for Q2 2020 is down 2.3%. "Despite the increase, Limerick remains one of Ireland's most affordable destinations to live and work in, with the median house price in Limerick 26% lower than the national level in June 2020, the report states." According to the report, there were 7,980 employees in September availing of the Pandemic Unemployment Payment. The PUP reached a peak at the beginning of May when 22,647 people were registered in Limerick. 11,441, meanwhile, availed of the Temporary Wage Subsidy Scheme.

The sectors most impacted by the pandemic have been retail and tourism. Revenue per available room was down by 33.2% and passenger numbers at Shannon Airport down by 99.71% in Q2.

The council through Limerick.ie, however, launched a successful tourism marketing campaign, including 50 reasons to visit Limerick City and County this year.

Households shifted spending habits to online, with most reducing spending and increasing savings. However, a 'Shop Limerick’ virtual marketplace developed by the council in association with Limerick Local Enterprise Office and Limerick Chamber to support local retailers saw 219 businesses listed on the portal and 20 businesses set up online trading. The platform has had 29,830 users, as well as 160,057 page-views.

A separate initiative, 'Lean On Me’, devised by ‘LiveableLimerick’ and a group of local volunteers to help local Limerick businesses generated €80,000 in revenue for businesses by June.