As many as 115 million people could be pushed into extreme poverty this year due to the economic downturn caused by the coronavirus pandemic, the World Bank has warned.

That is a devastating reversal after decades of progress, and higher than the bank previously estimated, even as recently as August, when the worst case was put at 100 million.

And the bank's new report estimates that by 2021, 150 million could be living below the extreme poverty threshold of less than $1.90 a day.

"The pandemic and global recession may cause over 1.4% of the world's population to fall into extreme poverty," World Bank President David Malpass said in a statement.

If the pandemic had not struck, the global extreme poverty rate was expected to fall to 7.9%, but now could climb as high as 9.4%, the bank said in its flagship report.

World Bank economists say the dire estimates for new victims of poverty this year, which range from 88 million to 115 million, depend on the outlook for the global economy.

The Washington-based crisis lender estimates that could range from a contraction of 5-8% in the worst case scenario.

That would erode years of success in reducing extreme poverty, and the authors warn create "poverty hotspots" in areas that face a double-hit from economic crisis and conflict: more than 40% of the poor live in conflict-affected areas.

The research also finds a rising share of those living in extreme poverty are in urban areas, which threatens to overwhelm existing support programmes that are designed for rural populations.

Instead of achieving the goal of eradicating poverty by 2030, the convergence of the Covid-19 pandemic with the pressures of conflict and climate change will put the goal "beyond reach without swift, significant and substantial policy action," the World Bank said, warning that the global poverty rate could be about seven percent in the next decade.

"In order to reverse this serious setback to development progress and poverty reduction, countries will need to prepare for a different economy post-Covid, by allowing capital, labour, skills, and innovation to move into new businesses and sectors," Malpass said.

The bank said the policy response must be commensurate with the severity of the crisis, including modernising education and online learning and deploying new technology to expand the reach of social protection programmes.

"Failure to act comprehensively and urgently will create even bigger challenges in the future," the authors warned.

Looking at a broader definition of poverty, the report found that close to a quarter of the world's population lives below the $3.20 line and more than 40% - almost 3.3 billion people - live below the $5.50 line. 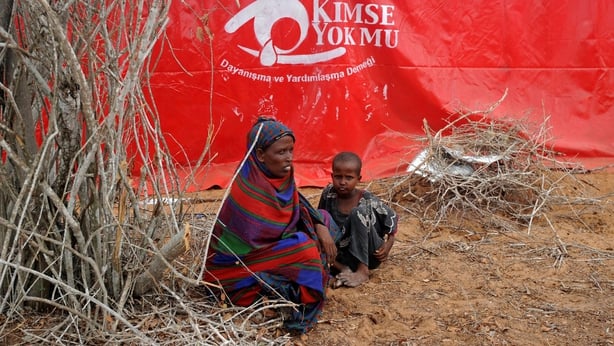 Sub-Saharan Africa remains the epicentre of the problem, and could see an additional 40 million people fall into extreme poverty this year, and move closer to 500 million next year, according to the report.

And climate change will drive 68 million to 135 million into poverty by 2030, with Sub-Saharan Africa again the most vulnerable.

Latin America could see an increase of five million in the worst case scenario, and East Asia an additional nine million. The report does not include estimates for South Asia due to the lack of data from India.