The Deputy Governor of the Central Bank, Ed Sibley, has said the ongoing effect of the Covid 19 pandemic is 'tragic and seismic.'

He told an online audience at an event hosted by the University of Limerick this afternoon that many borrowers will be temporarily or permanently unable to return to full repayments of their loans.

He said that borrowers will require 'further individually tailored support' from their banks to address 'solvency and affordability' issues.

He repeated the message from the Central Bank that there is 'no regulatory impediment' to lenders offering borrowers further payment breaks provided they are affordable.

However the Deputy Governor also referred to lessons the bank had learned since the financial crisis to state that while temporary forbearance can assist, it may not be in borrowers' best interests over the longer term.

He said problems could build up and prevent the borrowers from entering a more 'sustainable forbearance arrangement.'

Mr Sibley said it was impossible to know the extent of loan losses in the banks as a result of the impact of the pandemic but he expected it would be 'material.'

He said at its peak, there were 152,000 loans to Irish borrowers under a payment break.

The number of payment breaks today is down approximately 25% from the peak. Eight out of ten borrowers who received a payment break were repaying their loans normally before the pandemic, he added.

20% of all loans to small and medium sized businesses were still under a break at the start of this month with a much higher percentage in certain sectors like accommodation and hospitality where the proportion was 46%.

The Central Bank also today published new research showing close to 30% of borrowers who engaged with their banks to restructure their loans during the last recession were living below levels the Insolvency Service considers 'reasonable.'

It also warns that repeated short term solutions to problem loans as a result of the pandemic risks borrowers 'drifting' into long term arrears.

At the University of Limerick event, the Deputy Governor of the Central Bank referred to another finding in the research which showed that half of mortgage account holders in arrears of over ten years are considered 'non-cooperating.'

The latest figures from the Central Bank shows that 8% of mortgage accounts in arrears, or 4,701, are overdue by over 10 years.

The bank has revealed that 120,000 mortgage accounts were restructured by 2016 as a result of the financial crisis. Of the accounts with long-term arrears by the end of 2016, over 60% had a history of 'unsuccessful short-term restructuring.'

The bank concludes that the repeated use of short-term modifications to loans risks 'the creation of an additional group of borrowers drifting towards long-dated arrears as a result of pandemic-related financial distress.'

Lower income families to get biggest boost from Budget

Budget a day of reckoning in our tale of two economies 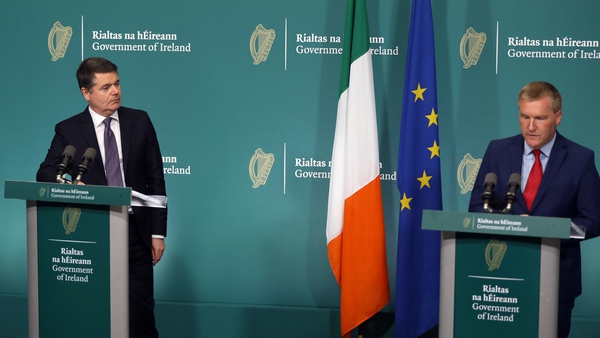