August saw a big increase in the level of overseas travel to and from Ireland compared to the previous month, but overseas trips remain dramatically lower than the same month last year.

The latest figures from the Central Statistics Office show a total of 362,600 overseas arrivals and 328,200 overseas departures in August.

But the CSO said that overseas travel in August of this year remained dramatically lower than in August last year, when there were 2,256,500 arrivals and 2,191,900 departures. This represented falls of 83.9% and 85% respectively. 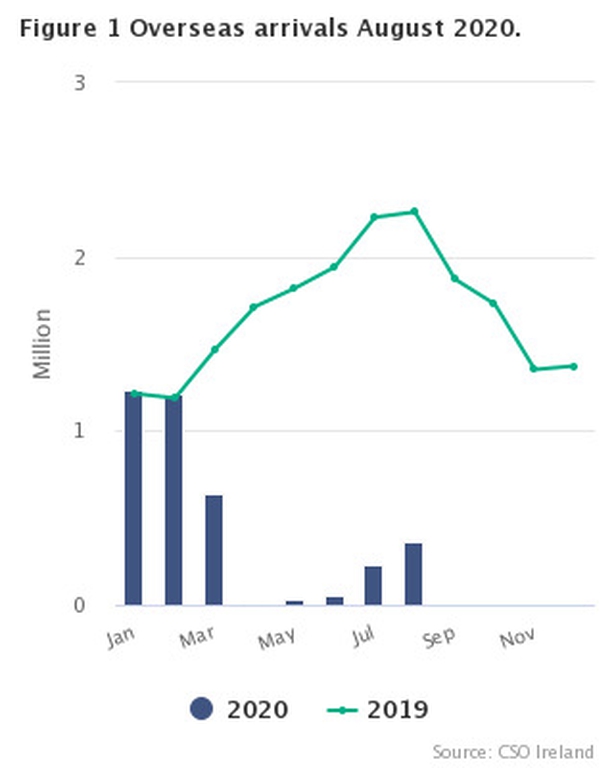 "This illustrates the continuing and dramatic impact of the Covid-19 pandemic on international travel to and from Ireland," the CSO said.