Caixabank has agreed to buy Bankia for €4.3 billion in an all-share deal that creates Spain's biggest domestic lender.

The deal also signals a pick up in mergers among Europe's banks as they battle the fallout from the Covid-19 pandemic.

The merger will create the largest domestic bank by assets with a combined market value of more than €16 billion, in a deal underpinned by annual cost savings of €770m, the companies said today.

European banks are under growing pressure to join forces to deal with rising bad debts and record-low interest rates.

Bankia chairman Jose Ignacio Goirigolzarri told analysts the deal had been done in anticipation of a "more complex environment" triggered by the pandemic.

He will become the executive chairman of the new lender, albeit with limited powers.

Caixabank and state-backed Bankia did not say how many jobs would go or branches would close, but main trade union CCOO fears hefty cuts from a merged bank with over 6,300 outlets and more than 51,000 staff in Spain.

The deal has been described as a merger, but is in effect a takeover by Caixabank as it is almost three times as big as Bankia by market value and almost twice as big by assets.

That represents a 20% premium over Bankia's closing price on September 3, before news of merger talks emerged, or a premium of 28% over the average price of the last three months. 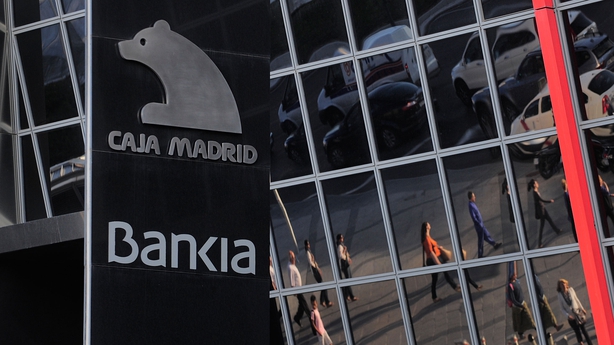 The valuation of Bankia is slightly below yesterday's close of €4.4 billion.

The banks said in a joint statement they expected annual cost synergies of around €770m by 2023 and new annual revenues of around €290m over five years.

Caixabank chief executive Gonzalo Gortazar, who will be CEO of the combined lender, said the goals would not be easy to achieve in a "very short term", but were feasible.

Brokers BBVA said the targets involved more execution risk than just a cost savings plan, as the projected revenue increases "are not minor."

The new bank will have 25% of gross costumer loans and 24% of deposits in Spain, leapfrogging Santander and BBVA, Caixabank and Bankia said.

They estimated €2.2 billion in restructuring charges next year, which they expect to be fully covered by 'badwill' - a paper profit that occurs when an asset is bought below its book value.

Caixabank shareholders will initially represent 74.2% of the capital of the new entity, with Bankia's holding 25.8%.

Criteria, controlled by the La Caixa foundation, will remain Caixabank's main shareholder with around 30% of the combined bank, while the Spanish state will hold 16.1%, compared with the 61.8% it held in Bankia.

Bankia was bailed out in a €22.4 billion state rescue in 2012 at the height of Spain's financial crisis, and so far it has returned just €3.3 billion of state aid.

Analysts believe it could be easier for the state to get its money back from a bigger entity.

The legal headquarters of the merged bank will be in Valencia, with operating headquarters in Madrid and Barcelona.

Shareholders meetings at Caixabank and Bankia will likely to be held in November to legally approve the deal, which the banks aims to close in the first quarter of 2021.