Australia's central bank today unexpectedly expanded its low-cost funding scheme for lenders as the economy looked set to post its worst contraction since the Great Depression due to the coronavirus pandemic.

The Reserve Bank of Australia kept rates at 0.25%, in a widely expected move.

But it surprised markets by increasing the size of its term funding facility to around A$200 billion ($148.08 billion) at a fixed rate of 25 basis points for three years.

Banks will be able to draw up on this extra funding up until the end of June 2021.

"This will help keep interest rates low for borrowers and support the provision of credit by providing (banks) greater confidence about continued access to low-cost funding," RBA Governor Philip Lowe said in a post-meeting statement.

The RBA also hinted at further measures, while reiterating policy rates will remain low for a long time to come.

"The board will maintain highly accommodative settings as long as is required and continues to consider how further monetary measures could support the recovery," he said.

The The Reserve Bank of Australia had in March slashed the cash rate to a record low 0.25% and launched an "unlimited" bond buying programme.

The bank has since bought A$66 billion of government securities and is open to further purchases to keep three-year yields around 0.25% until it meets its inflation and employment goals.

The emergency support package comes as Australia finds itself in the midst of its worst contraction since the Great Depression and the first in three decades.

Indeed, data due tomorrow is likely to show a record 6% contraction as the struggle to contain the coronavirus pandemic shut down whole sectors of the economy.

Unemployment is at a 22-year high of 7.5% and is expected to rise further to 10% as more people go looking for work. 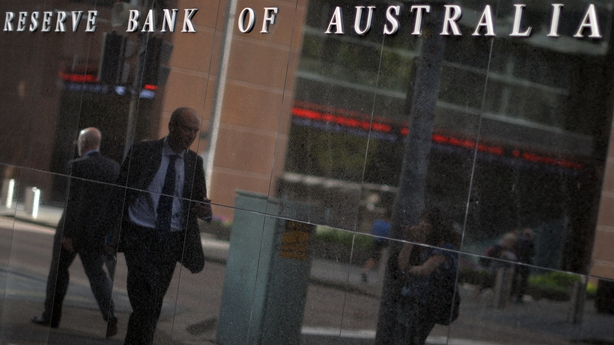 The only two redeeming features in an otherwise dire June quarter were exports, which likely added 1 percentage point to the GDP and government spending, which would contribute around 0.6% percentage points, data out earlier showed.

The second quarter current account surplus almost doubled to A$17.7 billion ($13.06 billion) from an upwardly revised A$9.02 billion in the previous three-month period, surpassing expectations for a A$13 billion gain.

While resources demand from China helped add A$2.7 billion to goods exports which totalled A$90.6 billion, the biggest swing factor for the current account was the closure of international borders, which meant Australians could not travel overseas, resulting in a 99% decline in travel imports.

Separate data showed Australian government spending jumped in the quarter as a host of emergency fiscal programmes were launched to support jobs and activity.

Yet that vastly understated the true extent of the stimulus as government expenses, including all the emergency measures, soared by 42% in current dollars to hit A$252 billion.

RBA's Lowe noted the importance of fiscal stimulus ahead of the government's delayed federal budget on October 6.

"Public sector balance sheets in Australia are in good shape, which allows for continued support," he said. "Indeed, fiscal and monetary support will be required for some time given the outlook for the economy and the prospect of high unemployment."