US Federal Reserve Chair Jerome Powell is expected today to begin setting out the bank's new strategy for meeting its price stability and maximum employment goals.

The long-anticipated overhaul that comes amid a deep economic crisis and just months before Americans vote in a contentious election.

The Fed is looking to completely transform the way it manages monetary policy to adapt to a world where interest rates - and most inflation metrics - are perpetually low.

This comes as tens of millions of people are out of work because of the fallout from the coronavirus pandemic and with the campaign for the November 3 presidential election underway.

The Kansas City Fed will kick off its annual economic symposium today, an event that is usually held in the mountain resort of Jackson Hole in Wyoming, but is being conducted virtually this year because of the pandemic.

After this week's event and the mid-September policy meeting, Fed officials will not meet again until the day after the election.

Jerome Powell is expected to discuss the results of the Fed's framework review, an initiative started nearly two years ago through public hearings and research to explore how monetary policy should be adapted for a low interest rate environment.

The Fed chief may lay out a case for why higher inflation over the long term may be a positive for the economy, though some analysts expect the speech will be short on details for how the central bank plans to enact this approach. 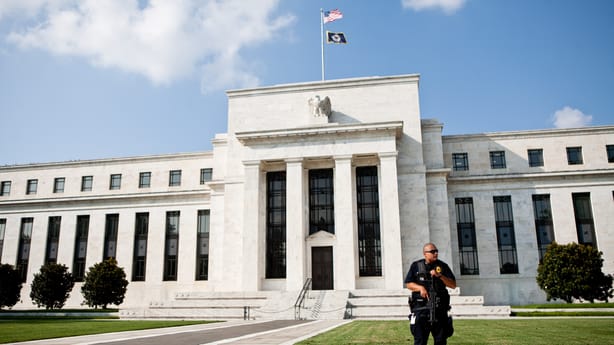 The thrust of Powell's argument may be centered around the view, embraced by several Fed officials during the record-long economic expansion that preceded the pandemic, that the US economy can handle very low levels of unemployment before it encounters higher wages or rampant inflation.

That could mean the Fed embraces the idea of tolerating inflation that is above its 2% target to allow for stronger labor market gains.

The Fed has persistently undershot its inflation target since it was formally established in 2012, and some economists say raising interest rates pre-emptively out of concern about future jumps in inflation can cut off labour market gains before workers on the margins can reap the benefits.

Through the framework review, the Fed could potentially clarify that it is okay with lower unemployment rates as long as inflation remains "under control" said David Wilcox, former head of the Fed's research division and now a senior fellow at the Washington-based Peterson Institute for International Economics.

The Jackson Hole gathering of top central bankers has been used in the past by Fed chiefs to signal policy shifts.

Jermoe Powell spoke of the uncertainty over trade policy at the 2019 conference.

But a lot more is up in the air this year, including how fast the coronavirus will spread, how many more people will die from the Covid-19 disease associated with the virus and whether US politicians will deliver a new economic rescue package to help struggling businesses and households.