The Covid-19 pandemic called a near total halt to global sports occasions for two months from mid-March.

Big events popular with gamblers like the English Premier League were put on hold and the 2020 European Championships were postponed by a year.

Flutter Entertainment reported higher revenues for the six months to the end of June despite the "challenging" conditions created by the outbreak of Covid-19 but posted a big drop in its pre-tax profits.

Its adjusted earnings before interest, tax, depreciation and amortisation (EBITDA) rose to £684m, including 2019 and 2020 Stars Group revenues, with whom it completed a $6 billion merger in May.

The company said that from the middle of March onwards, the impact of Covid-19 disruption was felt across its businesses in different ways.

The widespread disruption to the sporting calendar materially impacted its sports and retail businesses, it added.

It said this was most acute in Europe where as well as all mainstream sports being postponed, UK and Irish horse racing was suspended for over two months.

In Australia, and to a lesser degree the US, horse racing continued behind closed doors, experiencing a higher level of prominence on mainstream television in the absence of competing sports.

"This higher exposure, coupled with the closure of retail betting, led to an accelerated migration of customers from retail to online. It remains to be seen whether these customers will continue to bet online as retail outlets re-open," Flutter said. 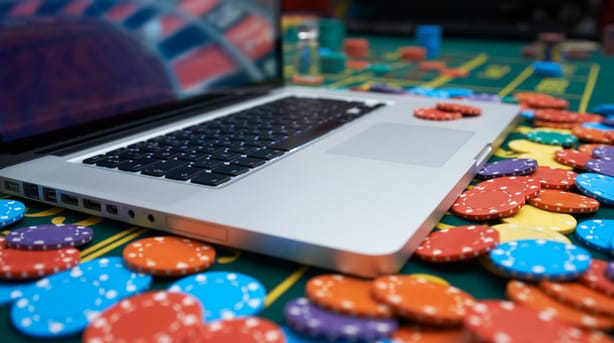 But in contrast to its sports betting operations, Flutter's poker and casino businesses experienced a major uplift in player numbers as people sought new ways to entertain themselves while staying at home.

"This pattern was similar to that seen at PPB and SBG where average daily gaming actives were up 65% in the second quarter," the company added.

Flutter said that customer activity has been encouraging since the resumption of sports.

The first half of 2020 also saw the completion of Flutter's merger with The Stars Group.

The company said the deal increased its scale and enhanced the diversification of its revenue streams, both on a product and geographical basis.

Peter Jackson, Flutter's chief executive, said that the second half of the year has started well, with good sports betting performance following the return of major sport events, whilst gaming performance has remained resilient.

"Looking ahead, we have identified promising opportunities to increase investment across the group and, while the outlook with respect to Covid-19 remains highly uncertain,
the diversification of our group means we approach the future with confidence," the CEO added.

Assuming no material further disruption to sporting events, Flutter said it was expected full year EBITDA of between £1.175m to £1.325m.

That excluded its heavy investment into the US, where an EBITDA loss of £140-160m loss is expected throughout 2020.