The lender confirmed its guidance for 2020 net income to decline by between 15 and 20%.

It said it was factoring in a gradual economic recovery with gross domestic product returning to levels comparable to 2019 by mid-2022, unless a new crisis occurs.

Its relatively solid performance during the coronavirus crisis could help boost the French lender's ambitions of becoming Europe's dominant investment bank, while taking advantage of internal restructurings at some rivals.

Shares in BNP Paribas were up 5.1% this morning, although they were still down 40% since the start of the year.

The bank said second-quarter revenue at its corporate and institutional bank rose by 33.1%, as fixed income, currencies and commodities (FICC) trading revenue surged by 153.8%.

Fixed-income trading revenue at European peers such as Barclays, Deutsche Bank and Credit Suisse increased at rates in the range of 39% to 60% during the period.

As companies around the world rushed to secure financing, BNP Paribas said it had raised over €160 billion for its clients in the second quarter in the global syndicated loan, bond and equity markets, up 91% compared to a year earlier.

"BNP Paribas was able to quickly mobilise its teams, resources and expertise to meet the needs of its clients across Europe and beyond," chief executive Jean-Laurent Bonnafe said in a statement. 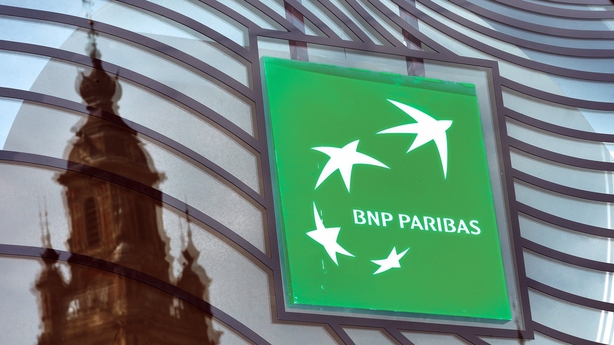 Equities trading continued to struggle in the second quarter after revenue was wiped out in the first three months of the year due to cancellations of dividends by companies. Equity trading revenue was down 52.8% in the quarter.

The investment bank results provided some comfort during a spike in provisions against loans that may sour due to the Covid-19 crisis.

The cost of risk, which reflects the amount of new provisions aimed at covering potential payment defaults, rose by €0.8 billion to €1.4 billion in the second quarter year-on-year, below expectations.

Lockdowns across various countries took a toll on retail banking revenue, but the rebound in June in Europe was stronger than expected, the bank said.

BNP Paribas said its net income fell by 6.8% in the second quarter year-on-year to €2.3 billion, compared to an average estimate of €1.5 billion in a Reuters poll of five analysts.