Barclays has today set aside a higher than expected £1.6 billion to cover a possible rise in loan losses in the second quarter and warned a grim outlook and low interest rates would hurt profits into 2021.

The Covid-19 pandemic has forced banks globally to set aside billions to cover bad loans.

Barclays booked a pre-tax profit for the first half of the year of £1.3 billion, down from £3 billion a year ago as provisions against potential bad debts outweighed improved revenues from its investment bank.

Barclays' trading performance was a bright spot as virus-induced market volatility prompted a 60% jump in trading revenues in foreign-exchange, rates and credit trading.

The markets division posted a 49% rise in revenue to £2.1 billion, an endorsement of the strategy adopted by chief executive Jes Staley, who has championed the investment banking business contrary to the wishes of activist shareholder Edward Bramson, who wants to shrink it.

Barclays was expected to report credit impairment charges and loan loss provisions of £1.42 billion for the three months from April to June, according to analysts' average forecast compiled by the bank.

The latest provision takes the half-year total to £3.7 billion and analysts expect that to rise to £5.79 billion for the full year.

Barclays said impairments in the second half were unlikely to reach levels seen in January-June, assuming no change in economic forecasts.

It says it has been conservative in its approach to forecasting an economic recovery and provisioning against bad debts, with coverage of unsecured loans much higher than the actual default levels seen in the 2008 crisis. 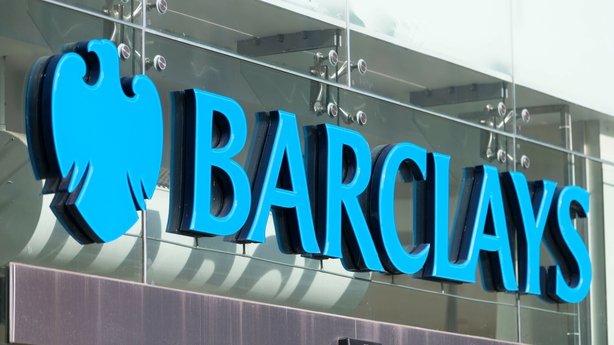 "If you look at our underlying credit performance at the moment it's relatively benign, our delinquency statistics don't feel like the headlines you are hearing," finance director Tushar Morzaria told reporters.

The bank also said it would see short-term pressure on efforts to keep costs low, as it spends on various Covid-19 related initiatives.

Elsewhere in Europe, Spain's Santander reported a record quarterly loss after booking a €12.6 billion hit in the second quarter, the largest impairment charge yet for a European bank in the pandemic.

Barclays' capital ratio was 14.2%, up from 13.1% at the end of March, as recent regulatory changes boosted its reserves. Barclays flagged the capital boost earlier this month.

However, the bank warned its capital buffer could come under pressure in the second half of the year.