The European Central Bank has extended a recommendation to euro zone banks not to pay dividends until the end of the year and allowed them to eat into their capital and liquidity buffers for even longer.

The move will help the banks cope with the economic fallout of the coronavirus pandemic.

The ECB said banks could withstand a second wave of infections, but it called on authorities to be ready to intervene and prevent a credit crunch, possibly via recapitalisations.

The euro zone's top supervisor extended a ban on dividends and share buybacks by three months until January 1 and recommended that banks "exercise extreme moderation" with bonuses.

It will review the decisions, which triggered immediate criticism from some bankers, in the fourth quarter of the year.

The ECB also allowed them to breach their required liquidity buffer until the end of next year and their total capital requirement for another year.

"All our supervisory measures and actions are and will continue to be aimed at ensuring that the banking sector can remain resilient and support the economic recovery with an adequate supply of credit," the ECB's chief supervisor, Andrea Enria, said in a blog post accompanying the decisions.

The ECB's announcement came the same day the Bank of England said it would assess whether to extend a suspension on payouts such as dividends and share buybacks by banks beyond the end of the year. 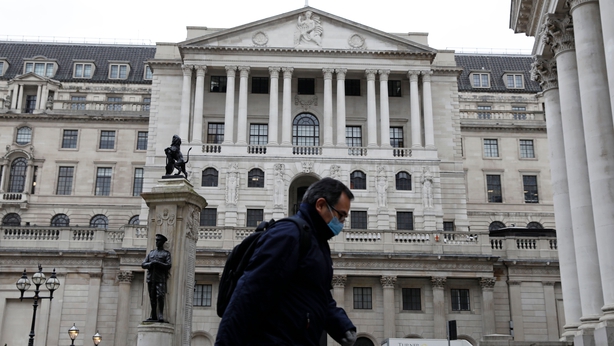 Banks agreed in March to suspend payouts this year.

In a "vulnerability analysis", the ECB found that in its central economic scenario, which assumes containment measures until mid-2021, banks would see their aggregate Core Equity Tier 1 capital ratio depleted by approximately 1.9 percentage points to 12.6% by the end of 2022.

This was "well above" the threshold at which banks would be forced to skip paying coupons on their Additional Tier 1 bonds, said Marc Stacey, a portfolio manager at BlueBay Asset Management, adding the ECB's report was "upbeat" for those creditors.

The ECB's severe scenario, which foresees a strong resurgence of coronavirus infections, would wipe 5.7 percentage points off their capital to 8.8% over the same period.

"There is clearly no room for complacency, but we can take some comfort," Enria said. "This being said, the outcome of the exercise also indicates that authorities must be ready to take additional action if the economic situation further deteriorates."

In a conference call after the decision, Enria added that government could, if the severe scenario came to pass, extend existing measures to support borrowers but also introduce "asset relief schemes" or even recapitalise banks directly.

Undoing a decision taken at the height of the first wave of the outbreak in the spring, the ECB decided to resume inspections at banks, starting in October, and to follow up on remedial action that has already been agreed.