The Irish Air Line Pilots' Association has warned that Aer Lingus may be liquidated by parent company IAG, who it said would prioritise Iberia and British Airways in order to survive the downturn experienced by the fall in flights.

The Dáil's Special Committee on Covid-19 Response has been hearing about the impact of the virus on international travel.

Meanwhile, SIPTU has also warned of a "tsunami" of redundancies in the aviation industry.

In his opening statement, Evan Cullen the President of IALPA said the Government's stimulus package does nothing to address concerns in the aviation industry.

He also said the Canary Islands being omitted from the green list of places to travel - putting in the same category as Spain - had no public health logic or science logic to it.

Mr Cullen said it pointed to a lack of research and a lack of understanding by the government, adding that the Canary Islands are as safe as Ireland if not safer.

He said the Government is "having their cake and eating it" by having the most restrictive regime on travel in Western Europe.

The government needs to do other things to ensure there is still an industry when the crisis is over, the added.

On the issue of the airline industry coming back to full capacity, Mr Cullen said there are issues for some pilots who have now had their licences suspended due to the lack of flying hours.

He told the committee about the legal requirement for pilots to operate an aircraft within 90 days.

He said there are "many pilots" in that position who will now require further training and at least one day in a simulator. All that leads to a considerable amount of time and cost, he added.

Evan Cullen said IALPA believes that IAG, the company which owns Aer Lingus, would liquidate the airline and would prioritise Spanish airline Iberia and British Airways over Aer Lingus.

Mr Cullen said the British and Spanish governments have given loans to airlines and that the Irish Government has done nothing.

"The reality is AerLingus will be liquidated to save the pillar airlines of IAG because the UK and Spanish governments are backing up those airlines," he told the committee.

"Ireland is the outlier, on restrictive travel and assistance," he stated.

He said he believes Aer Lingus will not survive another two months of Covid-19 restrictions, adding that the airline has zero revenue and a cash burn in the region of €1.5m a day".

He said the Daa voluntary redundancy scheme should reach the numbers required but that there are serious concern around other aviation employers such as Swissport, which employs 800 people in Ireland. 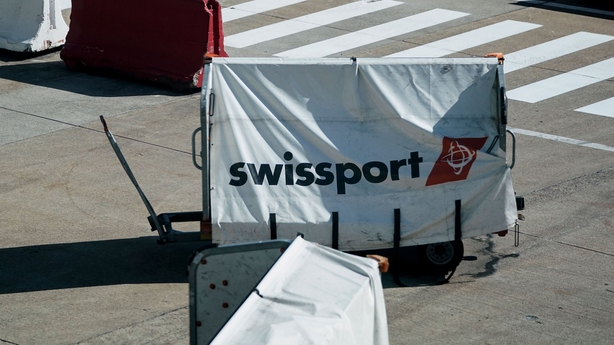 Speaking about how many job losses there might be within the aviation industry, Mr McGowan said "unless something dramatic happens we are looking at a tsunami of redundancies".

He said he believed the current figure for potential job losses at Dublin Airport stands at around 2,500 - that includes the Daa, Aer Lingus and other aviation companies.

He also warned that this is the early stage with the traditionally quieter time of winter coming, which is normally compensated for by the busier summer months but which have not come to fruition this year.

Mr McGowan said those numbers are the "thin end of the wedge".

He said without direct intervention and assistance from the State, "the figure of 2,500-3,000 job losses will look very modest as we head into January of next year".

Neil McGowan also told the committee that a mandatory rapid testing facility needs to be introduced for staff who are coming into close contact with passengers who may have the virus.