The UK and the European Union have clashed over a free trade agreement, with Brussels deeming it "unlikely" but London saying it still could be reached in September.

Since the UK left the bloc in January, talks on the trade agreement and other ties have all but stalled.

Each side has accused the other of failing to compromise before a transition period runs out at the end of this year.

Those accusations grew after the latest round ended, with the EU's negotiator Michel Barnier saying London had shown no willingness to break the deadlock.

Britain's David Frost also described the bloc's proposals as failing to meet the government's demand to be treated as an independent country.

But both sides agreed on one thing - there had been no movement on the thorniest issues on fair competition guarantees, or the level playing field, or on fisheries.

"By its current refusal to commit to conditions of open and fair competition and to a balanced agreement on fisheries, the UK makes a trade agreement - at this point - unlikely," Mr Barnier told a news conference.

"The time for answers is quickly running out," he said. "If we do not reach an agreement on our future partnership, there will be more friction."

"By its current refusal to commit to conditions of open and fair competition and to a balanced agreement on fisheries, the UK makes a trade agreement - at this point - unlikely," Mr Barnier said.

Speaking after this week's round of negotiations in London, Mr Barnier said there been no progress at all on the question of ensuring fairness on state aid.

"The time for answers is quickly running out," he told a news conference, referring to the five months left before the end of Britain's transition period since it formally left the EU at the end of January.

He also said that neither the UK or the EU had considered abandoning the talks.

However, Mr Frost said an agreement with the European Union can still be reached in September, even after the latest round of talks on a future relationship ended with "substantial areas of disagreement".

Mr Frost said the chance of reaching an "early understanding on the principles underlying any agreement" would not be reached in July, with the two sides unable to breach the gap over fair competition and fisheries.

"Considerable gaps remain in the most difficult areas. That is, the so-called level playing field and on fisheries," he said in a statement.

"Despite all the difficulties, on the basis of the work we have done in July, my assessment is that agreement can still be reached in September, and that we should continue to negotiate with this aim in mind," Mr Frost added. 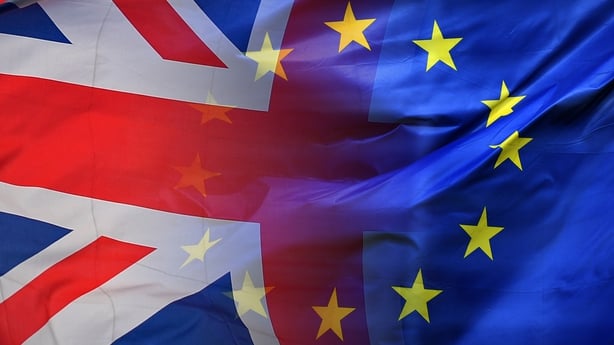 The Minister for Agriculture has said the possibility of a no-deal Brexit is "a massive concern".

Speaking to RTÉ News, Dara Calleary said the Government is working with the EU to ensure the best interests of Ireland are reflected and prioritised.

He said everyone knew the negotiations would be challenging, but the fact the talks would resume in August is important.

Mr Calleary added that the UK needs to come forward with workable proposals if a deal is to made.