New figures from the Central Statistics Office show an "extraordinary" collapse in overseas travel to and from Ireland in May as the effects of the Covid-19 crisis continued with travel to and from most countries almost completely stopped.

The CSO said there were just 28,300 arrivals in May and 36,300 departures. This compares with monthly travel of more than 1.8 million in each direction the same time last year - an annual fall of 98%.

The CSO noted that the most important staging countries for persons travelling to Ireland were the UK, the Netherlands and the US.

The most important staging countries for persons travelling from Ireland were the UK, the Netherlands and France. 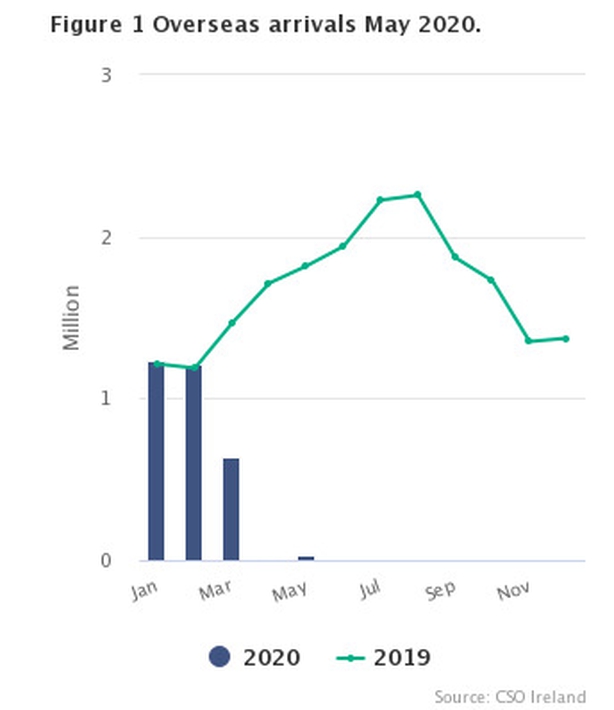 The CSO said the collection of its tourism statistics at air and sea ports was suspended in March to protect CSO enumerators and the travelling public.

Today's information is compiled mainly from statistics provided by Daa, together with data from other air and sea ports.