French drugmaker Sanofi said today it expects to get approval for the potential Covid-19 vaccine it is developing with Britain's GlaxoSmithKline by the first half of next year.

This is faster than the company had previously anticipated.

Sanofi, which is hosting a virtual research and development event, and GSK had said in April the vaccine, if successful, would be available in the second half of 2021.

"We are being guided by our dialogue with regulatory authorities," Sanofi research chief John Reed told reporters, when asked about the accelerated time frame.

There are currently no vaccines to prevent the coronavirus that has infected more than 9 million people and killed over 469,000 globally, and only a couple of medicines that have demonstrated benefit in hospitalised Covid-19 patients in clinical trials.

Many drugmakers are racing to come up with a safe and effective vaccine that can be produced at large scale.

Moderna, the University of Oxford in collaboration with AstraZeneca, and an alliance of BioNTech and Pfizer grabbed headlines by moving to human trials as early as March.

Sanofi's chief executive Paul Hudson said the firsts in the race now were not assured of securing victory.

"There are companies moving faster, but let us be brutally clear, speed has three downsides," he said of competition.

"They are using existing work, in many cases done for SARS; it is likely not to be as efficacious; and there is no guarantee on supply in large volumes," Hudson said.

The probability of success for Sanofi is "higher than anybody else," the CEO said.

The comments echoed those of GSK, whose chief medical officer for vaccines told Reuters last week that the company was aiming at quality before speed.

Sanofi, whose Pasteur vaccines division has a long established reputation, notably in flu, is currently working on two vaccine projects. 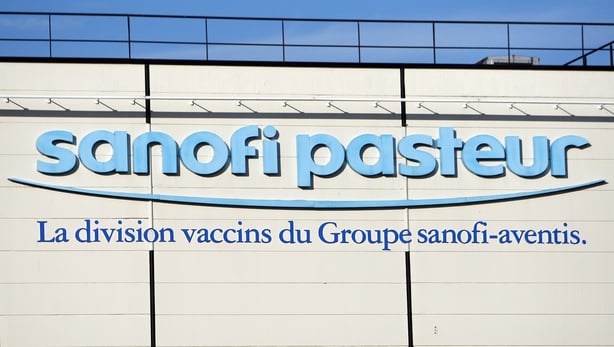 One uses an adjuvant made by GSK to potentially boost its efficacy. It has received financial support from the US Biomedical Advanced Research and Development Authority (BARDA).

The other, being developed with US company Translate Bio, relies on a different technology known as mRNA, similar to the Moderna approach.

Clinical trials of the vaccine developed with GSK, described as a recombinant vaccine because of the use of GSK's boosting adjuvant, are to start in September.

Trials of the mRNA vaccine candidate should begin around the end of the year, the company said.

Sanofi said it had capacity to produce up to 1 billion doses a year of its recombinant vaccine, and that it would be able to supply up to 360 million doses of its mRNA vaccine annually.

In April, Sanofi said it had manufacturing capacity for 600 million doses for its recombinant vaccine, with the ambition to double production by mid-2021.

The company also said it would expand its collaboration with Translate Bio on developing vaccines, in a deal which will give the US group $425m in upfront payments.