Germany-based travel company TUI said holidays for its German, Belgium, Dutch and Swiss customers had restarted following months of lockdown across Europe, and it had seen a rise in bookings from those countries.

However, numbers this summer will be well behind last summer, the company said in a statement, forecasting that it would be operating at about 30% of its capacity.

It said its summer season was currently about 25% sold.

The coronavirus pandemic brought the travel industry to a standstill and most airlines and holiday companies do not expect it to fully recover for years.

Restarting holidays, which TUI did yesterday with two flights between Germany and Mallorca in Spain, would result in an immediate working capital inflow and have a positive impact on cash fixed costs, TUI said today. 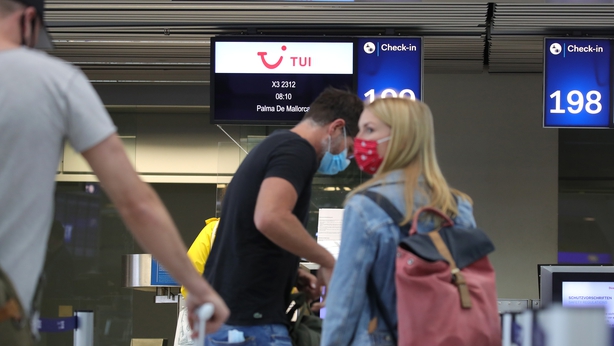 "We have seen a notable increase in bookings for our summer holidays over the last week with Germany and Belgium seeing strong recovery week on week," TUI said.

Holidays are taking place with new safety measures in place.

While most of Europe is beginning to re-open its borders, Britain, which alongside Germany is one of TUI's biggest markets, has brought in a 14-day quarantine rule which is deterring travel.

TUI said it expected its UK and Nordic markets to restart later in the summer.