The number of people on British company payrolls fell by more than 600,000 in April and May as the coronavirus lockdown hit the labour market.

UK vacancies also plunged by the most on record, official data showed today.

But the jobless rate unexpectedly held at 3.9% over the three months to April - despite a record slump in overall economic output during that period - as firms turned to the government's job retention scheme to keep employees on their books.

Economists polled by Reuters had mostly expected a rise in the unemployment rate to 4.7%.

"The furlough scheme continues to hold off the bulk of job losses, but unemployment is likely to surge in the months ahead," Tej Parikh, chief economist at the Institute of Directors, said.

The furlough scheme is due to run until the end of October although employers have to make contributions to the cost of paying their temporarily laid-off workers from August.

Many companies have already announced permanent layoffs of workers.

Building materials firm Travis Perkins yesterday said it would cut about 9% of its workforce, or 2,500 jobs. Airlines have shed more than 15,000 jobs in Britain.

The UK job market was strong before the coronavirus hit, and the ONS said many of those who lost their jobs in April were not actively looking for work and so counted as "inactive" rather than unemployed.

In a more up-to-date sign of how the coronavirus lockdown is affecting the labour market, experimental figures, based on tax data, showed the number of people on company payrolls fell by 612,000 in April and May.

In May alone, it was 163,000 lower than in April when the biggest job losses occurred.

That left the number of paid employees 2.1% lower than in March, the ONS said.

There was also a big drop in job vacancies which showed their largest quarterly fall since the ONS began measuring them in 2001, with a slide of 342,000 to 476,000. 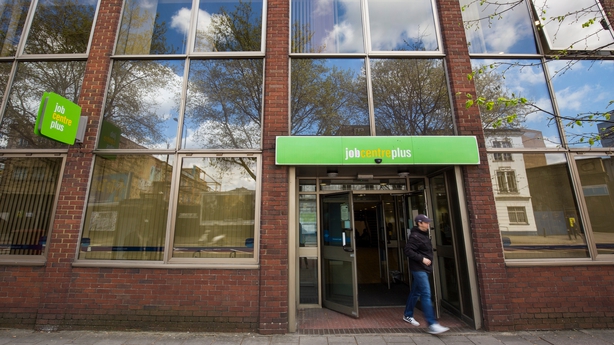 Prime Minister Boris Johnson, under pressure to ease the slump in the economy, has ordered a review of Britain's two-metre social distancing rule which many employers say is stopping them from getting back up to speed.

A measure of the number of people claiming Universal Credit, a benefit for people out of work or on low incomes, rose by a larger than expected 528,900 in May to 2.8 million, more than double the number in March.

The ONS has said the claimant count almost certainly overstates the rise in unemployment because it includes people who are in work but are entitled to support.

A fall in pay growth reflected how workers on the government's job retention scheme are only entitled to receive 80% of their former pay, up to £2,500 a month.