Business groups have given a guarded welcome to many but not all of the contents of the Programme for Government, agreed by Fine Gael, Fianna Fail and Green Party negotiators.

SME Recovery Ireland, a grouping of industry sector representative organisations and other experts, said it welcomed the plan for a major economic stimulus package that would be delivered next month.

But it also said it was disappointed at the lack of a major grant scheme in the programme to help small and medium sized firms recover, as direct recapitalization of small businesses is needed.

"While we are encouraged to see today's Programme for Government document acknowledge the vital role SME’s will play in reigniting and renewing Ireland’s economy, there appears to be a commitment to only back sectors and businesses which the Government deems viable," said John Moran, Chairman of SME Recovery Ireland.

"It is disappointing to see little in the way of supports to recapitalise small businesses for the costs incurred in voluntarily closing their doors to protect staff and customers back in March."

Employers group Ibec has said the announcement of an agreed Programme for Government is an important first step in delivering a stable executive that can enable the economy to navigate challenges ahead.

"Today's announcement crucially presents the prospect of stability at a time when the business community and wider society continues to overcome the challenges presented by Covid while readying itself for a potentially disruptive Brexit in the months ahead," Ibec CEO Danny McCoy said.

"The presence of a secure, stable Government is imperative if we are to effectively address some of these pressing systemic economic and societal issues, including climate change and the housing crisis."

Chambers Ireland said it welcomed the progress in the formation of a new Government and the publication of the plans.

"The measures included in the new programme will need to be assessed in greater detail but the focus on town centres, balanced regional development and infrastructure, particularly public transport and housing, is welcome," said Ian Talbot, chief executive of the organisation.

"These issues were the main priorities of our member chambers in the run up to the February election and continue to be our focus as we plan for the post Covid-19 recovery."

Those campaigning for changes in the insurance market said if passed by party members the draft plan would provide a clear focus on the issue of insurance reform.

However, the Alliance for Insurance Reform said there now needs to be a real sense of urgency from everyone involved and also expressed concern that some issues may be missing.

It said it was particularly disappointed and frustrated that plans for a cabinet subcommittee on insurance appeared to have been dropped at the last minute prior to publication of the programme, with responsibility for insurance reform subsumed under a Cabinet Committee on Economic Recovery and Investment.

"We are deeply disappointed and frustrated with this last-minute decision," said Peter Boland, director of the Alliance.

"While we welcome the priority afforded to insurance reform by the Cabinet Committee on Economic Recovery and Investment, without the focus of a dedicated subcommittee the rest of the insurance reforms in the PFG document are in danger of becoming a series of  vague commitments and considerations."

He also said the parties would need to move quickly on the insurance measures in the programme.

"While we welcome the focus on insurance reform in the programme for government document, we have been here before with the hope offered by the Cost of Insurance Working Group Report in 2017 and the Personal Injuries Commissions Reports in 2018," said Peter Boland from the alliance.

"If Irish SMEs and voluntary groups are going to recover from the Covid19 crisis, we need urgent real reform on foot of the programme for government."

Mr Boland said the organisation would be seeking clarity on the commitment to reform the Occupiers Liability Act and The Civil Liability Act with regard to duty of care.

He said if the approach is only to strengthen waivers and notices, this will not be sufficient to address an issue that has become all the more important in the light of the current pandemic.

"While the vast majority of claims are genuine, the reality is that the high levels of compensation awards is an incentive for fraudulent activity. Unfortunately, the cost of fraudulent and exaggerated claims ultimately penalises genuine customers."

The Irish League of Credit Unions welcomed the inclusion of specific commitments to credit unions in the plan, including a review of the policy framework within which they operate.

Publicans welcomed the commitment to additional support measures for the hospitality sector that are contained in the document.

The Licensed Vintners Association (LVA), which represents Dublin publicans, said Government support would be essential in the coming months as pubs reopen because of the impact of social distancing on trade and the fact that pubs would be last businesses to reopen.

It also welcomed the proposal to create a Night-time Economy Taskforce that would review the licensing application process and trading hours for pubs and the commitment to introduce minimum unit pricing on alcohol.

"Of course the devil will be in the detail and that is why we will be seeking to engage extensively with the new Government on several of these proposals," said Donall O'Keeffe, CEO of the LVA.

"What is vital is that nothing is done to further damage a pub sector that has been forced to take unparalleled action and which will require support and assistance over the coming months if it is to recover."

Restaurateurs also backed some of the plans in the programme, including the regeneration of towns and villages, an update to the apprenticeship system and a jobs stimulus package.

But it said it was concerned about the lack of other emergency business supports for tourism and hospitality.

"According to CSO figures for the end of 2019, the restaurant sector employed 179,100, which is the equivalent of 7.6% of total employment in the economy," said Adrian Cummins, CEO of the Restaurants Association of Ireland.

"We need to save these jobs and save businesses. These are Irish businesses and Irish livelihoods on the line."

Hotel and guesthouse owners welcomed the recognition of the challenges facing tourism as well as the commitment to place tourism at the centre of the National Economic Plan.

But the Irish Hotels' Federation also called on the Government to recognise equally the urgent requirement for immediate measures to help businesses survive.

CEO Tim Fenn added that a failure to act now could be particularly devastating for the regions given 70% of tourism employment is located outside of Dublin and called for immediate interventions in relation to liquidity and competitiveness.

The 30% Club Ireland, which campaigns for the achievement of better gender balance at all levels in business, said it warmly welcomed the commitment in the document to ensure women’s full and effective participation in the workplace, and equal opportunities for leadership at all levels of decision-making.

The programme agreed by the party negotiators commits the new government to "act on the recommendations of the Citizens’ Assembly on Gender Equality, seeking to ensure women’s full and effective participation and equal opportunities for leadership at all levels of decision-making in the workplace, politics and public life". 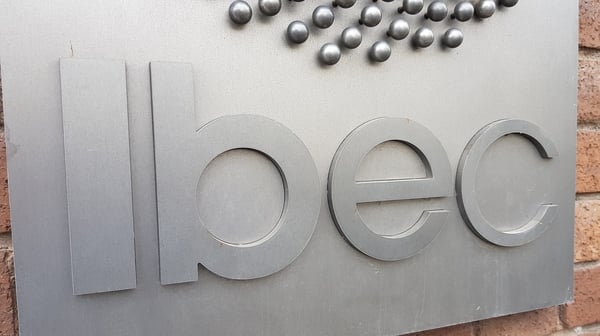 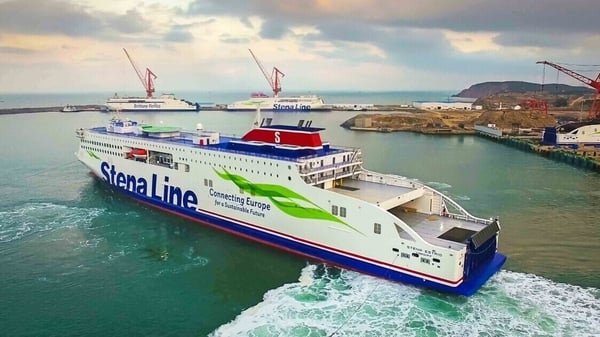