The head of the National Treasury Management Agency said he is not worried about the next four years from a borrowing perspective but that the state needs to prepare for the decade after that due to an increase in already high debt levels.

"While addressing Covid-19 is today's urgent priority, Ireland should prepare for dealing with a higher debt burden and the risks that this entails.

"It's possible the tailwinds that exist today will be replaced with headwinds in the future," Conor O'Kelly said as he published the NTMA's midyear update.

"It's the 10 years after that we need to keep an eye on and begin planning for," he stated.

The NTMA has stepped up its borrowing activity in response to Covid-19 and has taken advantage of favourable market conditions to raise €18.5 billion so far in 2020. This represents 84% of the mid-range of its revised €20-€24 billion full-year target.

This debt was raised at an average yield of less than 0.3% and an average maturity of 11 years.

The debt agency said the benefits in terms of interest savings are significant.

In the past five years Ireland's interest bill has fallen from €7.5 billion to about €4 billion for this year, giving savings of over €3.5 billion a year or €35 billion over ten years. 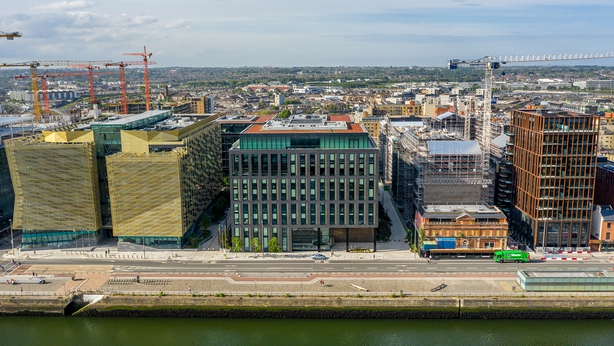 But Conor O'Kelly said it was important to remember that these exceptionally favourable borrowing conditions are unlikely to last forever, adding that debt taken on at near-zero rates today will need to be refinanced in the future and potentially at a higher cost.

He said that Ireland is a small, open economy with substantial borrowings that relies on international investors to buy over 90% of its marketable debt.

"This means Ireland always needs a contingency plan to be prepared for economic shocks, market volatility and events outside our control," he added.

The NTMA oversees Ireland's investment-focused sovereign wealth fund which the state has mandated to invest €2 billion directly into larger firms in need of funding due to the shutdown of the economy that is being slowly unwound.

Some 30 firms, which the NTMA said included many "critical employers" in hospitality, tourism, retail and transport have enquired about funding.

Conor O'Kelly said it was encouraging that not many had been so hard hit that they needed funding urgently.

The NTMA raised a total of €15 billion in long-term debt during 2019 by way of syndications and auctions at a weighted average yield of 0.9% and average maturity of 10.7 years.

The Minister for Finance Paschal Donohoe has said it was a "deliberate choice to be very sparing about figures, costs and commitments" in the Programme for Government published this afternoon.

Mr Donohoe said he was "optimistic about recovery but also realistic" about the prospects for recovery in the economy.

It was for that reason figures have not been put on the planned Recovery Fund. He said how the economy develops over 2020 would need to be closely watched first.

When asked if he was staying on as Minister for Finance, Paschal Donohoe replied that was one question that was "above my pay grade today".

The Minister was speaking at the publication of the NTMA's report today.