Ryanair has called on both the Government and NPHET to abandon the country's "useless form filling quarantine", which the airline claims has no scientific or medical efficacy.

The airline said the policy is deterring EU visitors coming to Ireland in July and August at a time when most other EU countries are removing restrictions and welcoming tourists.

Ryanair published the letter it sent to the Health Minister Simon Harris, which again called on Mr Harris and NPHET to implement the scientific protocols published by ECDC and EASA on May 20.

The airline said these allow for the safe return of air travel using mandatory face masks and rigorous hand hygiene.

"Nowhere in this scientific guidance is there any recommendation for filling in useless forms at airports, where the contact details may be inaccurate, and where in most cases, there is no follow up from NPHET or the HSE's contact tracers," the letter said.

Ryanair said it believes that the Minister for Health and NPHET handled the lockdown and the battle against Covid-19 well.

But the airline added that they are now mismanaging the return to economic activity with a useless and defective visitor "quarantine" while failing to make face masks mandatory on all forms of public transport.

It claims that face masks are a much more effective barrier to the spread of Covid-19 than form filling at airports.

Meanwhile, Ryanair has rejected new British government guidance for passengers to check in all luggage including hand bags, saying it would instead recommend that passengers minimise checked-in luggage.

Britain published the guidance for airlines and airports on how to minimise the risks from coronavirus, adding to hopes that it will soon agree deals to allow quarantine-free travel.

Passengers and staff should wear face-coverings in airports and on aircraft, while passengers should check in all luggage and remain seated for as much of the flight as possible, the UK Department for Transport said.

But the guidance to put baggage in the hold drew a sharp rebuke from Ryanair. 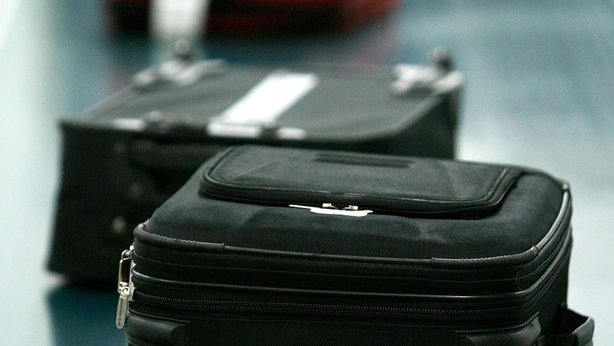 Europe's biggest low-cost airline said that unlike checked-in luggage, cabin bags are handled only by the passenger which limits any risk of physical contact with other people.

Ryanair said the government should focus their efforts on scrapping the quarantine on people arriving in Britain.

Since the outbreak of coronavirus, there has been minimal flying into and out of Britain. Airlines had been hoping for a recovery in July, but they say new UK rules requiring international arrivals to quarantine for 14-days have pushed this back.

Britain has said work is continuing on "air bridges" between countries with low infection rates, something which the industry says is vital to kickstart travel demand and avoid further job losses on top of the tens of thousands already announced.

"We are taking the necessary steps to ensure a framework is in place for the aviation industry to bounce back," said transport minister Grant Shapps.

Many airlines including EasyJet, Ryanair and British Airways have already said that customers must wear face coverings onboard.