Volkswagen must pay compensation to owners of vehicles with rigged diesel engines in Germany, a court ruled today, dealing a fresh blow to the automaker almost five years after its emissions scandal erupted.

The ruling by Germany's highest court for civil disputes, which will allow owners to return vehicles for a partial refund of the purchase price, serves as a template for about 60,000 lawsuits that are still pending with lower German courts.

Volkswagen admitted in September 2015 to cheating emissions tests on diesel engines, a scandal which has already cost it more than €30 billion in regulatory fines and vehicle refits, mostly in the US.

US authorities banned the affected cars after the cheat software was discovered, triggering claims for compensation.

But in Europe vehicles remained on the roads, leading Volkswagen to argue compensation claims there were without merit. European authorities instead forced the company to update its engine control software and fined it for fraud and administrative lapses.

Volkswagen said today it would work urgently with motorists on an agreement that would see them hold on to the vehicles for a one-off compensation payment.

It did not give an estimate of how much the ruling by the German federal court, the Bundesgerichtshof (BGH), might cost it.

The BGH's presiding judge had signalled earlier this month he saw grounds for compensation. 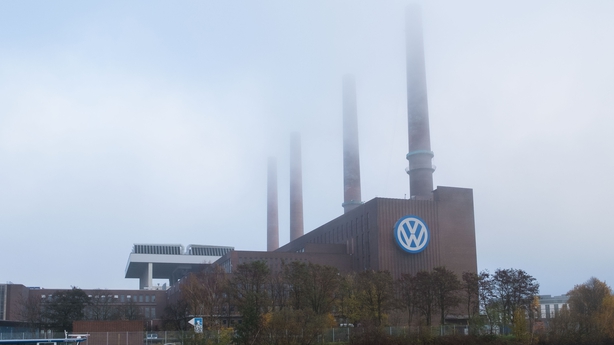 "The verdict by the BGH draws a final line. It creates clarity on the BGH's views on the underlying questions in the diesel proceedings for most of the 60,000 cases still pending," Volkswagen said.

A lower court in the city of Koblenz had previously ruled the owner of a VW Sharan minivan had suffered pre-meditated damage, entitling him to reimbursement minus a discount for the mileage the motorist had already benefited from.

"We have in principle confirmed the verdict from the Koblenz upper regional court," said BGH presiding federal judge Stephan Seiters.

Volkswagen had petitioned for the ruling to be quashed altogether by the higher court, while the plaintiff had appealed to have the deduction removed.

A Volkswagen spokesman said that outside Germany, more than 100,000 claims for damages were still pending, of which 90,000 cases were in Britain.

The carmaker also said it had paid out a total of €750m to more than 200,000 separate claimants in Germany who had opted against individual claims and instead joined a class action lawsuit brought by a German consumer group.

The carmaker said last month it would set aside a total of €830m for that deal.

In a separate court, Volkswagen agreed last week to pay €9m to end proceedings against its chairman and chief executive, who were accused of withholding market-moving information before the emissions scandal came to light.