Over 1,000 pubs and bars are affected by a dispute about whether or not their insurance policies with FBD Insurance Plc cover the disruptive impact of Covid-19 on their businesses, the Commercial Court has been told.

Senior Counsel Michael Cush, who represents three of the four pubs taking legal action against the insurer, told the court three of the pubs are seeking a very early trial in recognition of the urgency of the resolution of the issues.

The pubs that have instigated the legal action are Dublin bars Aberken, trading as Sinnotts Bar; Hyper Trust Ltd, trading as The Leopardstown Inn; Inn on Hibernian Way Ltd trading as Lemon & Duke and Athlone based Leinster Overview Concepts Ltd, which trades as Sean's Bar.

Applying for the inclusion of the cases onto the Commercial Court list this morning, Mr Cush said each of the plaintiffs operates a public house and has an identical insurance policy with FBD.

The issues in the case concern whether or not what is described in the policy as "consequential loss" has been triggered by the current Covid-19 pandemic and if so what then are the correct principles to use to calculate damages or recovery, he said.

He said three of the plaintiffs - Sinnotts Bar, The Leopardstown Inn and Sean's Bar - had agreed their cases should be entered onto the Commercial Court list and were seeking directions for a very early trial because of the urgency of the issues and the fact there are over 1,000 public houses and bars affected by the dispute.

Mr Justice David Barniville said he was absolutely satisfied that these are commercial proceedings with very significant commercial interest for all sides and the papers are in order.

He also said that because of the subject matter and timing he accepted that they are urgent cases and therefore, he said, it will be possible to facilitate a very early hearing as the parties require.

Mr Justice Barniville made an order entering the three cases into the Commercial Court list and set Tuesday October 6 as the date for the start of the trials of the Sinnotts Bar, The Leopardstown Inn and Sean's Bar cases.

Senior Counsel Paul Gallagher, representing FBD Insurance plc, said he thought the cases would require 12 days of hearings as it was a test case of great significance to the parties. 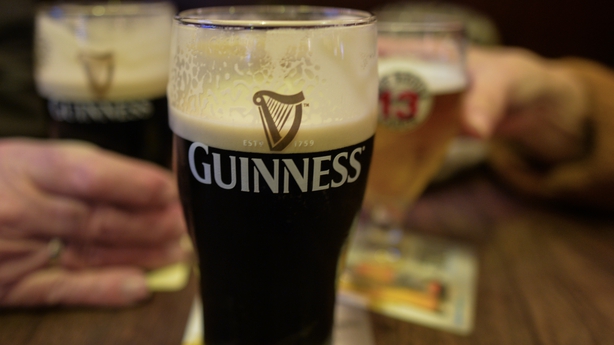 The court was told that in the remaining case involving Lemon & Duke, mediation has been scheduled and as a result an adjournment was being sought for two weeks.

Paul Gallagher said in all the cases there is an arbitration clause, but his client was not applying to stay the proceedings in the Sinnotts Bar, The Leopardstown Inn and Sean's Bar cases because there are over 1,000 other cases awaiting the court's interpretation.

But he added that with regard to all other cases, FBD reserves its rights under the arbitration clauses.

Mr Justice Barniville agreed to the adjournment in the Lemon & Duke case, but with the agreement of both sides said he would in the meantime enter it onto the Commercial Court list.

Mr Gallagher said the cases involve interpretation of clauses in the policies and he asked that the assessment of the amount of any indemnity, if there is policy liability, be left to a subsequent module or hearing.

If liability is determined one way or another, that wouldn't inhibit either party's ability to appeal the liability issue without the other quantum issues being determined, he said.

Meanwhile, FBD has said it is fully prepared to meet any legal liabilities it has arising from claims under business interruption cover clauses.

But it said it is satisfied that such claims arising out of the Covid-19 pandemic are not covered under its insurance policies.

"The cover provided under FBD's commercial policies is for events that are particular and localised to individual premises," in a statement following this morning’s proceedings.

"They are not provided for events of such a broad nature, that impact huge swathes of society at the same time."

It said its aim is to use the cases accepted by the Commericial Court to determine the overall question of whether losses due to Covid19 related closure are covered by their FBD policy under the business interruption clause.

This it said would avoid a situation where each pub owner has to take their own legal actions and incur costs.

Such an approach is being taken in the UK, it said, where the financial authorities have begun legal proceedings by means of a test case to answer the business interruption question.

The insurer added that pandemic insurance is a highly specialised and bespoke financial instrument targeted at specialist markets, which is not supplied by FBD.

It said as insurers it protects customer risk that can be reasonably foreseen and the impact of which can be estimated and insured at a premium that can be sustained by customers, while at the same time fund claims and its own expenses.

"FBD business policies are designed around the needs of our business customers," it said.

"Protection against the financial consequences of a pandemic, or from measures taken at a societal level to contain a pandemic, is not a risk which has been anticipated by us or our customers or could be provided for within our risk appetite."