Britain extended its job retention scheme - the costly centrepiece of its attempts to mitigate the coronavirus hit to the economy - by four more months today.

But UK finance minister Rishi Sunak told employers they would have to help meet the cost from August.

Rishi Sunak said there would be no changes to the scheme, which pays 80% of the wages - up to £2,500 a month - of 7.5 million workers who are temporarily laid off, until the end of July.

From August, the process would continue with greater flexibility to support the transition back to work, allowing employers currently using the scheme to bring furloughed employees back part-time.

"We will ask employers to start sharing with the government the cost of paying people's salaries," Sunak told parliament, adding he expected the scheme to close by the end of October.

It had previously been due to run until the end of June.

"Our Coronavirus Job Retention Scheme has protected millions of jobs and businesses across the UK during the outbreak - and I've been clear that I want to avoid a cliff edge and get people back to work in a measured way," he said.

The scheme is expected to reduce a rise in unemployment in Britain. But at about £10 billion a month, its cost is near the amount Britain spends on public health services.

Sunak told lawmakers the scheme was expensive and that it could not continue indefinitely.

The UK is racking up new debt at a furious pace: it is due to issue £180 billion of government debt between May and July, more than previously planned for the entire financial year.

An employers' group said the inclusion of part-time working in the furlough scheme would help companies get back up to speed but said it needed more information on how companies would be asked to make contributions.

"Many firms that would normally be on a strong footing are still in dire straits," said Edwin Morgan, director of policy at the Institute of Directors.

Sunak said he would provide further details by the end of May. Earlier, the UK government had been urged by a think-tank to extend the job support programme until the end of the year for retail and hospitality workers hit hardest by the coronavirus.

The Resolution Foundation said the scheme should remain open to workers in all sectors until early August and that businesses should be able to bring workers back part-time from June.

Prime Minister Boris Johnson said yesterday that the government would continue to offer some support to workers who have been temporarily put on leave.

But the government is keen to ensure businesses and workers do not become too reliant on the programme, which government forecasters estimate will cost £49 billion in its first three-and-a-half months of operation.

The Resolution Foundation, which called for a similar programme before Sunak launched it in March, said it would prove complex to unwind.

"Moving too quickly could cause a second surge in unemployment, while moving too slowly would fail to support the recovery," researchers Torsten Bell, Laura Gardiner and Daniel Tomlinson said.

Former Bank of England governor Mervyn King said he also supported an extension of the scheme.

Last week, the Bank of England said the economy could shrink by more than a quarter during the three months to June, and unemployment approach 10% of the workforce, even with the government support for a quarter of private-sector employees.

From June, employers should be allowed to bring back workers on a part-time basis while still receiving the 80% government subsidy for hours which staff do not work, the Resolution Foundation said, a request also made by business groups.

Boris Johnson said yesterday that coronavirus infections had peaked, and that people who could not work from home should return to their workplaces if possible. 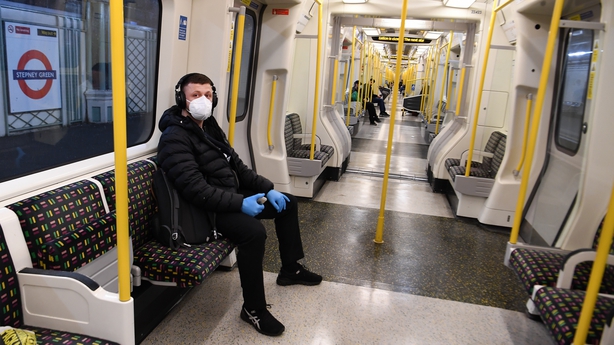 Most shops and other businesses formerly open to the public remain closed, while others that are allowed to operate - such as construction sites, factories and takeaway restaurants - have temporarily shut while they develop safe working practices.

London's Evening Standard newspaper reported last week that the government was considering reducing the contribution it pays towards furloughed staff's wages to 60% from 80%.

Former Bank of England governor King said such a cut would be a mistake. "Keep it at 80%. I don't think it makes sense to regard this as the major cost of the COVID-19 crisis in economic terms," he said.

Employers are not obliged to make up the difference, and there is no guarantee a cut would make them more likely to bring staff back full-time if economic demand remains weak.

The Resolution Foundation said it would be better to increase the proportion of the 80% subsidy that employers must cover themselves.

The time frame for this would need to vary between sectors, with retail and hospitality - where businesses are likely to need to say closed the longest - getting support until the end of the year.

A government timetable released on Sunday does not envisage sit-down cafes or restaurants reopening before July, while pubs and bars could take much longer.