UK online supermarket Ocado has seen retail revenue soar 40.4% year-on-year in its second quarter to date as it ramped up capacity to meet unprecedented demand during the coronavirus lockdown.

Growth accelerated from 10.3% in its first quarter to March 1, sending its shares higher and extended gains for 2020 to 35%.

The UK has been on lockdown since March 23, but Prime Minister Boris Johnson has said the country is past the peak of the pandemic and is expected to set out a plan on Sunday on how it might gradually ease restrictions.

In March, Ocado was forced to stop registrations from new customers and impose a queuing system online after it saw a several hundred percentage increase in web traffic.

"It took us a few weeks to adapt to a completely new situation, and I know we didn't serve our customers as well as we’d liked (to)," finance chief Duncan Tatton-Brown said.

Pre-crisis, about 7% of UK grocery sales were delivered to homes - about one in every 15 households. Industry leader Tesco had a 35% share of the UK online grocery market, while Ocado had about 14%.

All of Britain's big four grocers - Tesco, Sainsbury's, Asda and Morrisons - have been ramping up their online capacity to meet some of the extra demand. But even if delivery capacity doubled, some 85% of the market would still need to be served by stores.

"There is too much demand in the UK for online (grocery) for the UK operations to serve that," said Tatton-Brown.

"So as an industry we can't meet the demand, and Ocado is one of the players in the industry and therefore shares that disappointment," he added.

Ocado's capacity had increased to enable the delivery of over 40% more groceries in the UK than before Covid-19 hit, with its mature warehouses running at their peak and at their best ever efficiencies.

The number of items per customer basket appeared to have passed its peak, but remained high, Ocado said. The share of fresh and chilled products in the mix, relative to ambient store cupboard items, was also returning to normal, it added.

Ocado said it expects the long-term shift towards online grocery to accelerate post the crisis. 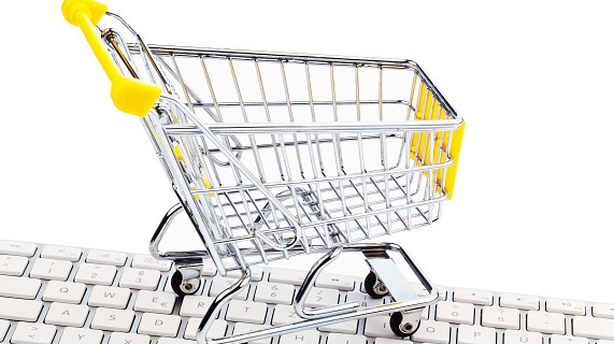 But it highlighted uncertainties about its length, customer reaction immediately afterwards and its long-term impact on customers' disposable incomes.

It said it had suspended its guidance for retail revenue for full year 2020 until it could accurately forecast likely outcomes. The group said it has cash of £1.2 billion on its balance sheet.

Ocado Retail is a joint venture between Ocado Group and Marks & Spencer. Ocado's supply deal with Waitrose will finish at the end of August, when it will be replaced with M&S.

Its share price has mostly been driven by its state-of-the-art robotic technology which has enabled it to win partnership deals with supermarket groups around the world, including Kroger in the US, Casino in France and Aeon in Japan.

Ocado's update was published ahead of its annual shareholders' meeting, where the firm could face an investor revolt over executive pay. Co-founder and CEO Tim Steiner was paid £58.7m in 2019.

The company says its rewards are justified because it created £7.5 billion of value for shareholders in the five years to 2019.