The emerging markets-focused lender's tone contrasts with other European lenders that have posted their first earnings since the new coronavirus depressed economic activity worldwide.

It said today it was seeing signs of a possibly rapid recovery in China.

"We expect a gradual recovery from the Covid-19 pandemic, before the global economy moves out of recession in the latter part of 2020, most likely led and driven by markets in our footprint," the UK-based lender said.

With StanChart's focus on Asia, Africa and the Middle East, however, its profit slump showed how the pandemic is hitting businesses globally as governments freeze economies to slow the spread of the coronavirus.

Increased credit impairment and provisions for an expected increase in loan losses pushed pretax profit for January-March down 12% from the same period a year earlier to $1.22 billion, the bank said today.

But the figure got a boost from a $358m increase in debt valuation adjustment - an accounting measure related to change in the value of issued debt and which often rises as perception of a bank's strength falls.

The result came a day after bigger cross-town rival HSBC Holdings said its first-quarter profit nearly halved as bad loan provisions jumped to $3 billion, while Barclays today said it has set aside $2.6 billion for the same.

StanChart's outlook cheered investors, with its London-listed shares rising nearly 7% in early trade after its Hong Kong-listed shares gained as much as 8%. 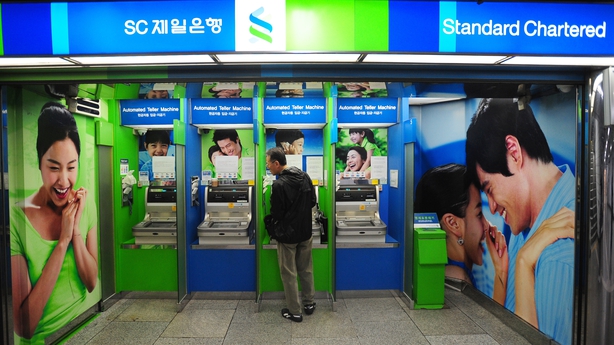 The earnings results were "reassuring in context of a challenging quarter", and loan losses, though much higher than expected, were not a huge surprise in the context of what peers have reported, Citigroup said in a research note.

The bank's credit impairment in the quarter soared to $956m from $78m a year earlier, while "high risk assets" on the balance sheet rose by a hefty $6.2 billion from the previous three months.

A large portion of the credit impairment was accounted for by two clients - in commodity trading and healthcare - the bank said, without identifying the clients.

A plunge in crude oil prices in recent days has raised concern about the impact on asset quality as companies in the sector and commodities traders struggle with lower revenue. StanChart said its oil and gas sector exposure has fallen 18% since the first half of 2015.

The bank said it is targeting costs of below $10 billion for the full year, achieved by reducing staff bonuses, pausing hiring and slashing discretionary spending. In the first quarter, expenses fell 2%.

Its net interest margin fell 14 basis points and is likely to remain under pressure due to interest rate cuts by central banks aimed at shoring up economies. Cuts in March alone are likely to reduce annual income by $600m, StanChart said.

The bank said its core capital level was 13.4% compared to 13.8% at the end of December, but it said it expects a boost of 40 basis points when it completes the disposal of its 45% stake in Indonesia's PT Bank Permata in the second quarter.

On April 1, the lender said it would scrap dividend payouts in line with other British banks after the Bank of England urged them to conserve capital during the pandemic.

Regulators hope scrapping the distribution of excess capital to shareholders will free up capital for lending to businesses, as Britain braces for what will likely be its worst recession in recent memory.