Aer Lingus owner IAG's move to axe up to 12,000 jobs at its main British Airways business reflects boss Willie Walsh's preference to slash costs rather than seek a state bailout to survive what is expected to be the worst downturn in aviation history.

The veteran executive is betting that once the coronavirus crisis is over, IAG will be in a better position to thrive than rivals that might be beholden to politicians.

History is on his side, as IAG has reaped the rewards of past cost cutting that many competitors have struggled to match, sometimes due to government interference.

However, Willie Walsh will likely face his own challenges from politicians and labour unions, given the scale of the latest job reductions.

"The focus here is to make sure they're as best placed (as possible) for the recovery. They were a stronger airline going in to this crisis, they want to be even stronger going out," Davy analyst Stephen Furlong said.

IAG said yesterday that British Airways could make up to a quarter of its 45,000 staff redundant as it forecast passenger numbers would take years to recover from the crisis sparked by the coronavirus pandemic.

Draconian restrictions on travel have brought flying to a near-halt and there is no end in sight for when it can restart.

This has brought airlines across the world to their knees and has left many begging governments for rescue packages.

Thanks to its stronger finances heading into the crisis, IAG has not had to seek a government rescue so far. In any case, BA said yesterday there was "no government bailout standing by."

But to cope with potentially months of disruption, Walsh believes IAG needs to cut costs as far as possible.

The former pilot has built his reputation by dragging old-fashioned airlines into the modern age of budget flying. That has usually involved cutting costs and taking on labour unions, earning him the nickname of "slasher Walsh".

He had been due to retire in March, but decided to stay on when the crisis struck.

Competitors such as Franco-Dutch group Air France-KLM and Germany's Lufthansa were already struggling to cut costs as much as IAG even before they sought bailouts from their governments.

With their rescue packages set to increase state influence, they may find it even harder to compete with a lean IAG.

On the other side of the Atlantic, US airlines American Airlines Group, United Airlines Holdings and Delta Air Lines are all being helped by a $25 billion government rescue package.

IAG's strong balance sheet, described by one analyst as a "fortress", means it can afford a longer hiatus in flying than many other airlines. 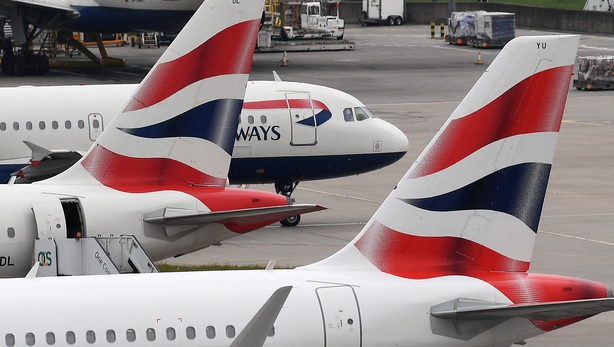 The group, whose airlines also include Aer Lingus, Iberia and Vueling, said yesterday it had liquidity of €9.5 billion. That compares with Lufthansa's €5.1 billion and Air France-KLM's €6 billion, according to Bernstein analysts.

"This gives some reassurance to investors that IAG will be one of the survivors and possible long-term beneficiaries of this current crisis," Goodbody analyst Mark Simpson said.

Lufthansa said this week it could seek some form of protection from creditors while talking to the German government about a €9 billion rescue, while Air France-KLM has been buoyed by a €7 billion state-backed package from France, with another €2.4 billion pledged by the Dutch.

IAG is targeting BA for cost cuts because it is the highest cost airline in the group, Davy's Furlong said.

"If there was somewhere where there needed to be an arrest of cash outflow it would be BA," he said.

The job cuts, which are subject to union consultation, are one of a number of steps to drive down costs. IAG has already cancelled its dividend, extended credit facilities, and used government furlough schemes to help pay staff while planes are not flying.

The group could in future also choose to access coronavirus-related government lending schemes.

A BA-based source said that job cuts were more likely among cabin crew, some of whom remain on historic higher cost contracts compared to newer staff.