New figures show the total number of corporate insolvencies recorded in the first quarter of the year fell by 18% to 159 from 195 the same time year.

The latest insolvency statistics from Deloitte show that Creditors' Voluntary Liquidations (CVL) process accounted for the majority of insolvencies, as it has done in previous years.

A total of 134 CVLs were recorded in the first three months of 2020, representing 84% of overall insolvency numbers.

Deloitte warned today that the anticipated economic impact of Covid-19 might see the level of insolvencies increase and also said that "virtual" creditor meetings should be allowed to reflect the current situation.

"Irish corporates have been faced with having to take extremely difficult measures in doing their part in the battle against Covid-19, which will obviously have a major impact on their finances," commented David Van Dessel, from Deloitte.

He said a recent Chambers Ireland survey showed that more than 60% of Irish companies have discussed an extension of payment terms with creditors, particularly with landlords, banks and Revenue.

20% of companies have also laid off their entire workforce.

David Van Dessel said the current crisis is likely to have created the most significant challenge for otherwise viable Irish companies.

"It may therefore be the case that as the year progresses, the Irish business community will experience an increase in the utilisation of examinership as a process to facilitate corporate restructurings in companies with a reasonable prospect of survival," he said.

But he also said the mechanics of many insolvency processes are hindered by the current lockdown.

"An example of this is the meeting of creditors, which are an integral part of most insolvency processes, including personal insolvencies.

"In light of the current crisis I think it would be an opportune time to amend the requirement for creditors meetings to be "only physical" and for a virtual option to be introduced," Mr Van Dessel urged.

He said that virtual meetings of creditors would enable directors of struggling companies and their advisors to engage with corporate rescue options without having physical meetings, removing the unnecessary risk of spreading the virus. 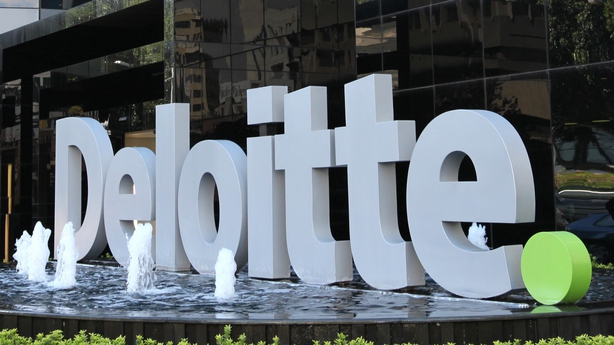 Such a move would also bring the logistical, time and energy saving advantages of a virtual meeting, he added.

They also show that the Examinership process, which despite its proven effectiveness as a rescue option has typically experienced very low levels of uptake, has once again recorded a decrease in the first quarter, with only five examinership petitions filed compared to eight the same time last year.

Geographically, today's figures show that the highest number of corporate insolvencies in the period was recorded in Leinster, with 68% of total appointments. Munster had 23% of appointments, while Connacht and Ulster both had 4%.

The service industry once again recorded the highest number of corporate insolvencies in the first three months of the year with 54 appointments, or 34% of total insolvencies. Financial services companies accounted for the largest number with 20, Deloitte said.

Personal services companies also featured prominently with 15 insolvencies recorded during the quarter, while the retail sector recorded the second highest level of insolvencies with 34 incidences representing 21% of the total number.

Deloitte said the level of insolvencies in this sector has decreased notably year on year, with the numbers dropping by 48% compared to the first quarter of 2019.