Brent crude oil rose today after slumping below $16 a barrel to its lowest since 1999, supported by voluntary as well as the prospect of forced production cuts to tackle a glut caused by the coronavirus crisis.

The price drop is also expected to drive output curbs for economic reasons or due to a lack of storage.

International benchmark Brent crude, which fell 24% in the previous session, touched $15.98 a barrel at one stage today, hitting its lowest since June 1999. But it had recovered to stand at $19.72, up 39 cents or 2%, this afternoon.

"Overall, we are at price levels which will have a strong impact on production worldwide," said Olivier Jakob, oil analyst at Petromatrix. "We are getting close to $5 a barrel for some crude grades."

The prospect of supply outstripping demand for several months, at least, led to two of the wildest oil trading days in history this week. The US contract fell into negative territory for the first time ever on Monday.

Today's low for Brent took prices back to a time when OPEC was also tackling a supply glut and business and consumers were concerned - unnecessarily as it turned out - about the Millennium Bug affecting computers after the turn of the century.

In the latest sign of excess supply, the American Petroleum Institute yesterday said that US crude inventories rose by 13.2 million barrels. 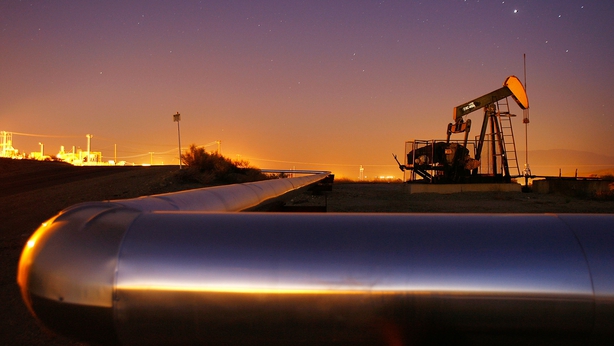 Although OPEC+ agreed this month to reduce output by 9.7 million bpd, starting from May, producers are already considering further steps.

Saudi Arabia this week said it was ready to take extra measures with other producers. Iraq made similar comments, although the next formal OPEC+ meeting is in June.

The US and other countries also said this month they would pump less, bolstering efforts by OPEC+.

But in a development that raises doubt over a formal US supply cut, two of three Texas regulators yesterday delayed a vote to force producers to curtail output.

Katie Martin, Markets Editor with the Financial Times, said recent events on oil markets could not simply be written off as a technicality over contract rollovers.

She said the oil sell off was causing traders in other asset classes, particularly equities in the US, to pause for thought.

Katie Martin suggested that there might be another pullback on markets on the back of what is happening in the oil trade.

Wall Street put in two days of losses this week after markets there recorded their first back-to-back weekly gains since early February last week as investor optimism about the pandemic appeared to grow.