The Minister for Finance and for Public Expenditure and Reform has said that both the Irish and global economic landscape have fundamentally changed due to the outbreak of Covid-19.

Paschal Donohoe said that Irish GDP is set to fall by 10.5% this year with the labour market bearing the brunt of the economic shock of the coronavirus outbreak.

Minister for Finance Paschal Donohoe has said we are in the midst of a 'severe recession both domestically and globally' and Gross Domestic Product is likely to contract by around 10.5% this year | Follow live updates: https://t.co/fMXR2ZeRcR pic.twitter.com/qOknfnyRrH

He said the country will go from a state of near full employment to a peak unemployment rate of 22% in the second quarter, before averaging out at 13.9% for the year.

This sets out a macroeconomic and fiscal scenario for 2020 and 2021 and which now incorporates the impact of the Covid-19 pandemic.

"The Irish economic landscape, in common with elsewhere, has been turned on its head in recent weeks. The necessary restrictions to limit the transmission of the Covid-19 virus have resulted in a severe recession and unprecedented levels of unemployment," Mr Donohoe said.

He also said the gradual recovery assumed in the second half of the year is projected to gain momentum next year, with the economy growing by 6% and unemployment falling to below 10% next year.

"It is expected that economic activity will reach its pre-crisis level in 2022," the Minister added.

He also said that the country's budget deficit is expected to be 7.4% this year, or €23 billion.

Minister for Finance Paschal Donohoe says once the pandemic is contained we 'will recover', but says it may be 2022 before we see economic activity begin to resemble pre-Covid-19 levels | Follow live updates: https://t.co/fMXR2ZeRcR pic.twitter.com/xFawoF0M8w

Opposition politicians have called on the Government to avoid a return to austerity measures and to concentrate on stimulating the economy.

Fianna Fáil and Sinn Féin have both called for an ambitious recovery plan to recharge the economy sector by sector.

Fianna Fáil's finance spokesperson Michael McGrath said the recovery would be linked to the easing of restrictions as the health emergency passed.

He said the number one priority for the incoming government was to reboot the economy and to help people get back to work.

Sinn Féin's finance spokesperson Pearse Doherty said it was crucial that there was no return to austerity.

Mr Doherty said this was done in the last crisis when "Fianna Fáil and Fine Gael made ordinary workers carry the burden".

He called for a restructuring plan to target various sectors and to ensure households were not burdened with additional debt.

The Social Democrats said the update failed to provide any real detail on the Government's response to the economic fallout of the Covid crisis.

Co-leader Róisín Shortall said it was not clear how the Government would raise the money to pay the bills and who would pay the cost.

"There should be no question of us facing into austerity and retrenchment, what is required is stimulus to get the economy up and running," she said.

The party is calling for the Government to vigorously pursue Eurobonds to mutualise debt.

Green Party finance spokesperson Neasa Hourigan pointed out that there was much uncertainty as the numbers were based on three months of restrictions but it was not clear whether those might be extended.

She said the most vulnerable must to be protected - those with disabilities, homeless, carers and people experiencing poverty. 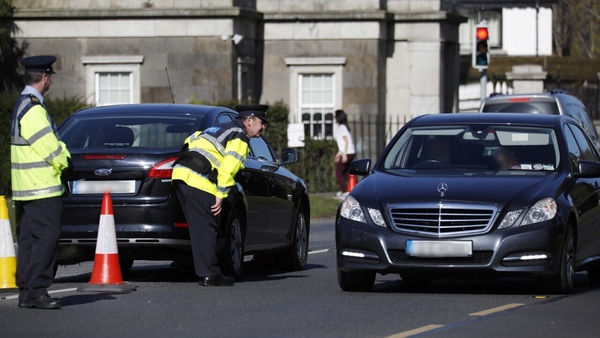