Another 5.2 million more Americans sought unemployment benefits last week, lifting total filings for claims over the past month above an astounding 20 million, which would underscore the deepening economic slump caused by the coronavirus outbreak.

The US Labor Department said today that 5.245 million new unemployment claims were filed last week, down from a slightly revised 6.615 million the week before.

According to a Reuters survey of economists, initial claims were expected to have fallen to 5.105 million in the week ended April 11. Estimates in the survey went as high as 8 million.

The report followed dismal data yesterday showing a record drop in retail sales in March and the biggest decline in factory output since 1946.

Economists are predicting the US economy, which they believe is already in recession, contracted in the first quarter at its sharpest pace since World War II.

Weekly jobless claims, the most timely data on the economy's health, are being closely watched for clues on the depth of the downturn, when the waves of layoffs may let up and when a recovery might start.

"While we will see an initial upturn once the economy reopens, the strength and length of that recovery is not clear at all," the economist said.

"We expect that claims will remain very elevated in coming weeks as states struggle to clear backlogs and more companies lay off workers in response to the shutdown," said Joseph Briggs, an economist at Goldman Sachs in New York.

"Including this week, we currently project an additional 20 million in initial jobless claims through the end of May, after which we expect new claims to fall to levels consistent with prior recessions," he added.

States and local governments have issued "stay-at-home" or "shelter-in-place" orders affecting more than 90% of Americans to control the spread of Covid-19, and abruptly halting economic activity. 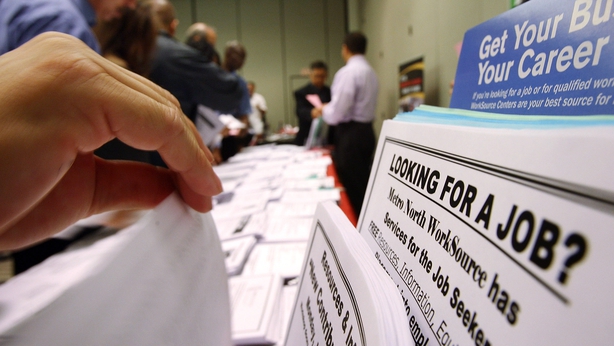 US retail sales and production at factories tanked in March.

Jobless claims filed this week, data for which will be published next Thursday, will have additional significance as they will cover the period during which the government surveyed business establishments for its April employment report.

Economists expect millions of job losses this month after the economy purged 701,000 jobs in March, the biggest loss of jobs since the 2007-2009 Great Recession.

Last month's job losses also ended an employment boom that started in late 2010, which was the longest in US history.

"The speed and scale of job losses will be more similar to a natural disaster than a typical recession," said Dante DeAntonio, an economist at Moody's Analytics in West Chester, Pennsylvania.

"Overall job losses in April could be 10 to 20 times larger than those in March."