The lockdown of millions of people at home across the globe due to Covid-19 should have been the perfect recipe for success for the burgeoning online meal delivery market.

But some of the world's largest players, including Uber Eats and Just Eat, have been hit by a double whammy.

Restaurant suppliers have been ordered to shut and with more time at home to cook for themselves, some people appear to have lost their appetite for takeaway.

While many restaurants have switched to offering takeaway, giving the online services a bump in members signing up, some of the world's biggest food chains using the apps, such as McDonald's and Wagamama, have closed for the time being.

Data from SimilarWeb, which tracks downloads and use of smartphone apps and websites across key European markets, highlights the scale of the slowdown across Europe as the pandemic spread and governments ordered people to stay at home.

In France, Spain and the UK, Just Eat and Uber Eats saw drops in average daily users ranging from 2% to as much as 23% in March, compared with the averages for January and February.

Deliveroo also saw falls in France and Spain, although a small increase in the UK, the data shows.

The falls reflect a big drop in repeat customers. Some 90% of activity on apps is reorders, according to SimilarWeb.

The data is in stark contrast to the double-digit percentage increases in grocery delivery volumes over the same period as people rushed to stock up as they went into lockdown.

The numbers offer a glimpse into how the virus has quickly changed people's food ordering and cooking habits and has put the brakes on a fast-growing industry.

Before the virus, the European industry, worth about $16.5 billion in revenue, was expected to grow by 10% per year over the next decade, according to Statistica.

Just Eat and Deliveroo declined to comment on the data. 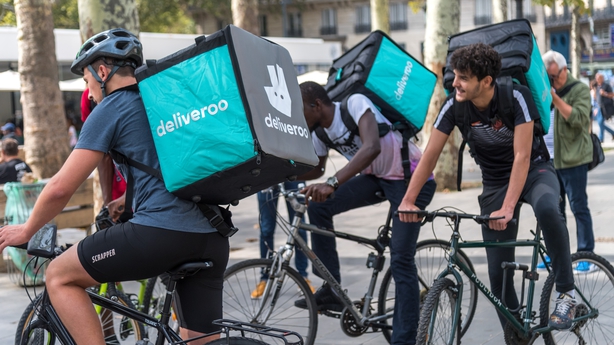 An Uber spokesman said the impact of the virus had varied widely across Europe, but it had seen big increases in restaurants and shops signing up to its app.

In other parts of the world, the picture is less clear.

Takeaway.com has seen early signs in Asia of a pick-up in demand after a slowdown in the early stages of lockdowns there.

"Asia entered lockdown first and signs of recovery are taking place there first," said a spokesman.

Giving the first insight into the impact in China, the original epicentre of the outbreak with the first lockdowns, Chinese food delivery service Meituan Dianping said last week it expected to report a first-quarter loss after a drop in orders.

In the US, Grubhub said demand for takeout appeared to be recovering in some parts of the country, but it was a different picture in places including New York, where a bustling restaurant scene has battened down the hatches as restrictions kick in.

"New York is not doing well because residents have fled, restaurants are closing and people are scared," Grubhub CEO Matt Maloney said in an interview.

"In Seattle, people feel like the worst is over, they're feeling a little bit more confident," he said. "Everyone else is a mixed bag in between those two." 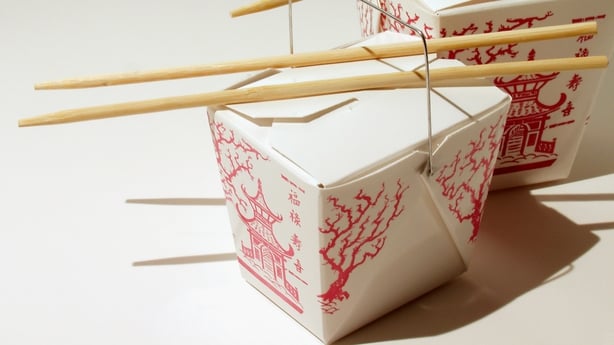 Uber Eats, Grubhub, Delivery Hero and Just Eat Takeaway - whose merger is awaiting UK regulatory approval - have offered incentives to restaurants, including cutting commission or delivery fees and signing up new members more quickly, to improve their cashflow and help them through the crisis.

That should provide a boost to their own membership numbers in the long run once orders improve.

Grubhub signed up more than 20,000 new restaurants in March, far exceeding its previous monthly record of 5,000, said Maloney. Deliveroo got 3,000 new UK restaurants on board last month, a spokesperson said.

The loss of business has prompted some to branch into new markets.

Delivery Hero is expanding into supplying groceries to customers stuck at home and Uber Eats has broadened its grocery offering by teaming up with supermarkets like Carrefour.

Uber Eat's grocery and convenience store sales have more than doubled in some European cities, the Uber spokesman said.

Delivery Hero is offering its grocery service for free and is trying to make it pay by selling high-margin consumer products, CEO Niklas Ostberg told Reuters.

He said it was also offering a personal shopper service in Saudi Arabia and some Latin American countries, where a delivery person goes shopping for a customer.

Deutsche Bank analysts reckon such moves may only partially offset the drop in takeaway orders, which they expect will hurt 2020 commission fees and dent growth in the first half.

"Whilst the COVID-19 outbreak could intuitively be seen as beneficial to online food delivery players, with millions of people under lockdown, we conclude that this is not the case," they said in a research note this week.

They cut their 2020 core earnings (EBITDA) forecast for Just Eat Takeaway by over 40% and their revenue estimate by 10%, while reducing EBITDA and revenue forecasts for Delivery Hero by 17% and 9% respectively.

The worry is that even when restrictions ease and restaurants start reopening, business may not pick up as quickly as hoped. Belt tightening due to job losses may also stymie households' spending power. Some restaurants won't survive.

In Grubhub's hardest-hit markets, restaurant closures have reached as high as 30%, affecting mostly independent outlets which don't have cash on hand, said Maloney, the company's CEO.

"It's hard to imagine them reopening without some significant government funded stimulus," he said.