Crude oil benchmarks ended a volatile quarter with their biggest losses in history.

Both US and Brent futures were hammered during March on the global economic freeze due to the coronavirus pandemic and the eruption of a price war between Russia and Saudi Arabia.

Both benchmarks lost roughly two-thirds of their value in the quarter, with March's declines of about 55% accounting for most of the losses.

Global fuel demand has been sharply cut by travel restrictions due to the coronavirus pandemic.

Forecasters at major merchants and banks see demand slumping by 20% to 30% in April, and for weak consumption to linger for several months.

WTI settled 39 cents higher at $20.48 per barrel. The US benchmark plunged 54% during March and 66% for the first quarter, the biggest such declines since the contract's inception in 1983.

May Brent crude futures ended two cents lower at $22.74 a barrel ahead of expiration. The international benchmark fell 66% in the first quarter and 55% in March, the biggest quarterly and monthly percentage declines on record.

Markets have been in turmoil for more than three weeks. Early this month, prices fell sharply after Saudi Arabia and Russia were unable to come to an agreement to curb supply.

Prices fell even more as demand fell during the worsening coronavirus pandemic. More than 800,000 people have been infected and more than 39,000 have died.

Saudi Arabia and other members of the Organization of the Petroleum Exporting Countries were unable to come to an agreement yesterday to meet in April.

Saudi Arabia, de facto leader of OPEC, remains at loggerheads with Russia, which had allied with OPEC to curb output for more than three years beginning in late 2016.

The Saudis plan to boost oil exports to 10.6 million barrels per day (bpd) from May on lower domestic consumption. 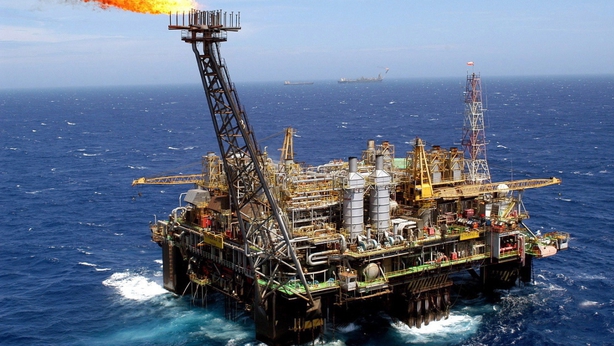 Weakness in futures markets has been surpassed by the physical markets, where cargoes are selling at single digits in key markets like Canada, Mexico and Europe, reflecting expectations for the coming collapse in demand that will strand barrels of oil.

"The unprecedented pace of demand destruction has forced the hand of refineries, on a global level, to issue run cuts, leaving barrels from the US to the North Sea, to Asia searching, often unsuccessfully, for homes."

Fuel demand is expected to fall sharply in coming months, with Trafigura's chief economist predicting a 30% falloff in demand.

Worldwide aviation is basically shut down, and motorists are staying off the roads as people work from home and travel restrictions are in force in many countries.

Meanwhile, US crude output fell to 12.7 million bpd in January from 12.8 million bpd in December, the US Energy Information Administration (EIA) said in a monthly report yesterday.

That was the first time since July 2019 that US crude output has declined two months in a row.

Goldman Sachs anticipates that US supply will fall by roughly 1.4 million bpd by the third quarter of 2021 to deal with falling demand.