A number of European airlines will be 'buried' if they have to adhere to European Union rules around refunds, according to one industry analyst.

"The scale of the bills facing airlines is unprecedented. Lufthansa is facing €3.5 billion in repayments. IAG and Air France KLM are facing about €3 billion. You're down to about €770m for EasyJet and something similar for Ryanair," he explained.

"Airlines are entering a second quarter taking in very little revenue and facing huge repayments. To give you an idea of scale, normally in March, there'd be 5,200 aircraft in the sky. That's down to 1,100," he said.

"40% of that is over North America. European airlines is where big crunch will come, largely because of the refunds they have to pay," he added.

Under European law, airlines are obliged to refund the cost of a cancelled flight or reroute the passenger on an alternative flight.

Many airlines are not cancelling the flights, which the majority of passengers are opting not to travel on because of Covid-19 restrictions, and are offering customers vouchers for the value of the flight they had booked.

Overnight, American Airlines told staff that it was seeking $12 billion in aid from the US government.

Many European airlines are also looking for state assistance.

"It's likely it's happened already. We had a re-nationalisation of Alitalia very suddenly and unexpectedly. Norwegian has got a small bailout from the Norwegian government. Lufthansa - a big critic of state aid - has gone looking for help," Eoghan Corry said.

He pointed out that Ryanair and Aer Lingus owner IAG were sitting on cash piles.

Consolidation in the European aviation sector had been talked about prior to the virus outbreak, but Mr Corry suggested that it could see the aviation market across the continent shrinking to about five main players - IAG, Air France KLM, Lufthansa and the two big low cost carriers, Ryanair and EasyJet.

Mortgage payment break ending? What next?

Skills Connect to retrain people who have lost jobs

50% of consumers to rely on state pension in retirement 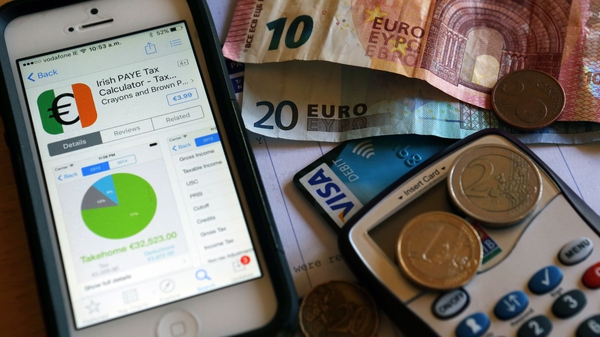 Expect some budget stimulus measures but no 'giveaway'