Banks across the euro zone are tearing up plans to return cash to shareholders at the behest of regulators, instead shoring up reserves as the coronavirus outbreak threatens to tip the world into a deep recession.

As measures to fight the pandemic lead to a paralysis of economic activity, banks are on the front line in a battle to keep cash-starved businesses alive.

However lenders in other countries such as Switzerland and the US, in stark contrast, are pushing ahead with dividend payments regardless.

The European Central Bank told lenders last week to skip dividends and share buybacks until at least October, estimating they could save €30 billion through such steps, and instead direct profits towards supporting the economy.

The ECB's demand was something of a quid pro quo after it helped banks cope by letting them eat into their capital and cash buffers, as well as turning on the cheap credit taps.

In Italy, the current epicentre of the outbreak in Europe, UniCredit yesterday put its planned dividend for 2019 and share buyback on hold, becoming the first Italian bank to respond to the ECB's demands.

Dutch bank ABN Amro, which has been hit by a loss of roughly $200m during the recent market turmoil, followed suit and said it too would scrap dividend payouts for now, while online banking specialist ING, agricultural lender Rabobank and Belgium's KBC did the same.

In Ireland, which was forced to take an international bailout during the last financial crash, Bank of Ireland and AIB ditched planned dividend payouts for last year.

The moves will come as a relief to regulators and help allay fears that multi-billion-euro efforts by central banks and governments to stem the economic impact of the coronavirus outbreak on businesses, including banks, will end up in investors' pockets.

But investors were less happy and banking stocks fell sharply today with ING, ABN Amro, AIB and Bank of Ireland all down more than 6%.

Agustin Carstens, general manager of the Bank of International Settlements, an umbrella organisation for central banks, at the weekend said "a global freeze on bank dividends and share buybacks" was needed in the face of the coronavirus outbreak.

But some lenders are determined to push on with payouts to shareholders.

Banks in Switzerland have ignored guidance from local regulators, lenders in the UK have remained tight lipped so far, while in the US, the eight biggest banks have halted stock repurchases but none have cut dividends despite mounting political pressure. 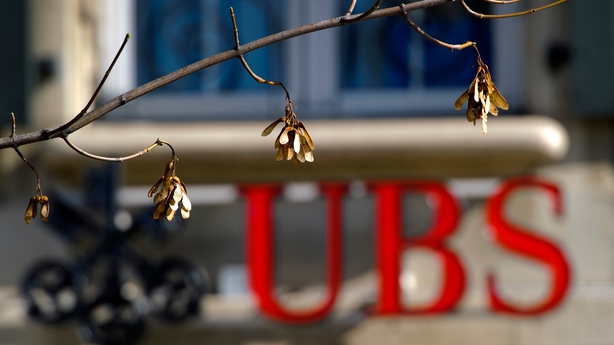 The largest Swiss bank and the world's largest wealth manager UBS said it would press ahead with its 2019 dividend despite guidance from markets supervisor FINMA and the Swiss government to limit payouts.

The bank, rescued a decade ago by the Swiss federal government with a 6 billion Swiss franc ($6.28 billion) capital injection during the financial crisis, said it was able to support the economy as well as pay shareholders a dividend.

Cross-town rival Credit Suisse also said it did not plan any changes to its proposed dividend.

Meanwhile, the Bank of England has warned lenders not to use stimulus money for the benefit of shareholders but has not yet issued any guidance on payouts.

Barclays is due to pay around a £1 billion dividend on Friday, while HSBC is due to pay its shareholders on April 14 and RBS, which is still more than 60% owned by the UK taxpayer, is scheduled to pay on May 4.

The chief executive officers of eight UK banks will take part in a teleconference with Christopher Woolard, chief executive of the Financial Conduct Authority (FCA), today to discuss ways to ease the burden on customers and could also discuss the payment of dividends and staff bonuses.

"It is hard to believe that the UK banks will not be requested to suspend dividends and buybacks," John Cronin, Goodbody analyst, said in a note.

The Bank of England's Prudential Regulation Authority declined to say whether it would ask banks to scrap dividends.