The coronavirus outbreak has inflicted a major shock to global growth and governments will need to mount an ambitious fiscal response to counter its affects, European Central Bank President Christine Lagarde has said.

"The spread of the coronavirus has been a major shock to the growth prospects of the global and euro area economies and has heightened market volatility," the ECB chief said.

"Even if ultimately temporary in nature, it will have a significant impact on economic activity," Ms Lagarde told a news conference following the central bank's policy meeting.

Ms Lagarde called on governments to work together to confront the economic and health impacts of the crisis.

"Governments and all other policy institutions are called upon to take timely and targeted actions to address the public health challenge of containing the spread of the coronavirus and mitigate its economic impact," Lagarde said.

"In particular, an ambitious and coordinated fiscal policy response is required to support businesses and workers at risk," she added.

Meanwhile, ECB President Christine Lagarde and its Vice President Luis de Guindos will not appear together at the next ECB press conference unless the coronavirus outbreak is contained, Ms Lagarde said today.

"Unless the situation develops very rapidly for the better it is unlikely you will see both of us at the next press conference as we are working to split teams, including at the executive board level," she said.

The next meeting of the Governing Council would be held entirely online, Lagarde added.

But it kept interest rates unchanged in a move that may disappoint financial markets.

The ECB said it would offer fresh loans to banks, offer previously agreed liquidity facilities at even more favourable rates and it would temporarily increase assets purchases to help the economy cope.

"A temporary envelope of additional net asset purchases of €120 billion will be added until the end of the year, ensuring a strong contribution from the private sector purchase programmes," the ECB said.

With millions of people in lockdown, markets in turmoil and companies struggling with disrupted supply chains, the economy is already reeling so ECB support was fully priced in and investors were only guessing about the extent of any move.

Markets had fully priced in a 10 basis point cut in the deposit rate to -0.6% even though several policymakers have expressed deep scepticism in recent months about the value of any further reductions.

The US Federal Reserve and the Bank of England have both cut rates in emergency meetings in recent days.

But ECB rates are already deep in negative territory and seen as close to the reversal rate where further cuts are counterproductive because they hurt bank margins to the point of thwarting lending.

The ECB's fresh measures are mainly targeted at businesses, including small and medium-sized enterprises who are at the biggest risk from the crisis. 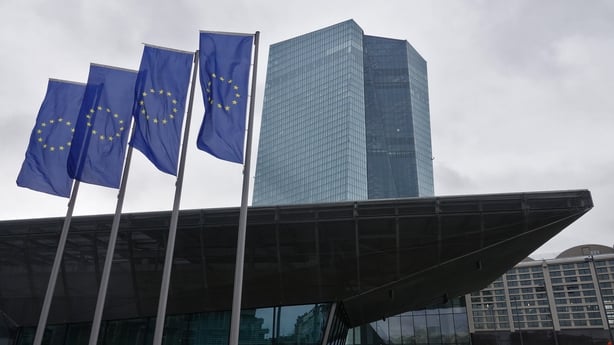 Warning EU leaders that urgent action was needed, ECB President Christine Lagarde earlier this week told EU leaders that inaction on their part could fuel the sort calamity last seen in the global financial crisis of 2008.

With today's decision, the ECB's deposit rate remains at -0.5% and the main refinancing rate stands at 0%.

The European Central Bank has cut its growth forecasts for this year and next but said the new estimates, which were collated before the coronavirus outbreak in Europe, were probably already out of date.

This compares to an expansion of 1.1% for 2020 and of 1.4% for each of the following two years projected in its December forecasts.

ECB president Christine Lagarde said risks to that outlook were "clearly on the downside", and that the coronavirus epidemic had added a "substantial" negative element.

The cut-off date for the ECB's economic forecasts is usually three weeks before they are presented to the policy-making Governing Council.

The ECB also said today it had decided to let euro zone banks fall short of some key capital and cash requirements as they struggle with the coronavirus outbreak.

"The ECB will allow banks to operate temporarily below the level of capital defined by the Pillar 2 Guidance (P2G), the capital conservation buffer (CCB) and the liquidity coverage ratio (LCR)," it said in a statement.