The Bank of England cut interest rates by half a percentage point to 0.25% today and announced measures to support bank lending.

The bank's shock moves come ahead of the UK budget that is set to open the taps on spending to bolster Britain's economy against the coronavirus outbreak.

"Although the magnitude of the economic shock from Covid-19 is highly uncertain, activity is likely to weaken materially in the UK over the coming months," the Bank of England said.

The cut follows a similar move from the US Federal Reserve last week, and was the first move to take place outside the Bank of England's normal schedule since the 2008 financial crisis.

The UK Bank Rate is now back to the record low it reached after 2016's Brexit referendum.

"The bank will take all further necessary steps to support the UK economy and financial system, consistent with its statutory responsibilities," the Bank of England said.

British finance minister Rishi Sunak is due to present his first budget this afternoon, which is expected to include more healthcare funding to fight the coronavirus, as well as further economic stimulus.

Sterling sank by more than half a cent against the dollar after the news of the first rate cut since August 2016.

The Bank of England did not announce any new quantitative easing bond purchases, but did lower its counter-cyclical capital buffer for banks to zero.

It also launched a new scheme to support lending to small businesses - both measures to keep borrowing flowing.

Last week the US Federal Reserve and the Bank of Canada lowered rates, and the European Central Bank is expected to take action tomorrow.

The Bank of England's new term lending scheme will support up to £190 billion of new lending, it said.

"Temporary but significant disruptions to supply chains and weaker activity could challenge cash flows and increase demand for short-term credit from households and for working capital from companies," the bank said.

He said the moves were made in co-ordination with the Treasury and ahead of the Chancellor's Budget, which is expected to see further measures to support the UK amid the coronavirus crisis.

Incoming Governor Andrew Bailey, who was also present at the special meeting to vote on the rate move, said it will mean households and businesses will be able to rely on the banks to lend.

Mr Carney said the Bank of England had room to cut rates further if needed, with the potential to reduce them to slightly above zero and launch more quantitative easing if needed.

But he said this was a "big, big package" of measures announced.

Mr Bailey - who takes over as Governor next week - confirmed the Bank of England will meet again, as scheduled, on March 26 and look at whether further action is needed then. 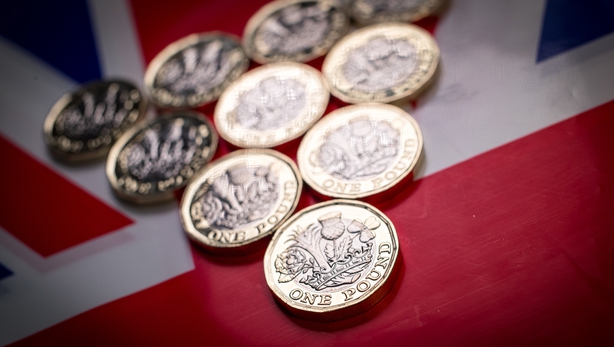 Mark Carney said it was too early to forecast what the economic hit of the outbreak will be in the UK, but warned it could be "large and sharp".

He said there was "no reason that this shock should turn into the situation of 2008... if we handle it well".

The Bank of England estimates its rate cut and extra measures could boost growth by more than 1%.

On the bank's action, he added it was a "powerful and timely package to support UK businesses and households in order to bridge a temporary, difficult period and mitigate any longer lasting effect on jobs, growth and the UK economy".