Qiagen, which makes diagnostic kits for cancer and tuberculosis, said both its management and supervisory boards would recommend the offer to its shareholders.

The company has also started shipping a new testing kit for the coronavirus to hospitals in China.

At €39 per share, the offer represents a 23% premium to Qiagen's closing price on Monday, Qiagen said, adding the bid assumed €1.26 billion in net debt.

Thermo Fisher, which provides scientific instruments, software and other services for scientific research and healthcare sectors, said the deal would generate $200m in synergies by year three following the deal's close.

"This acquisition provides us with the opportunity to leverage our industry-leading capabilities and R&D expertise to accelerate innovation and address emerging healthcare needs," Thermo Fisher CEO Marc Casper said.

The Massachusetts-based company has a market valuation of around $120 billion, according to Refinitiv data. 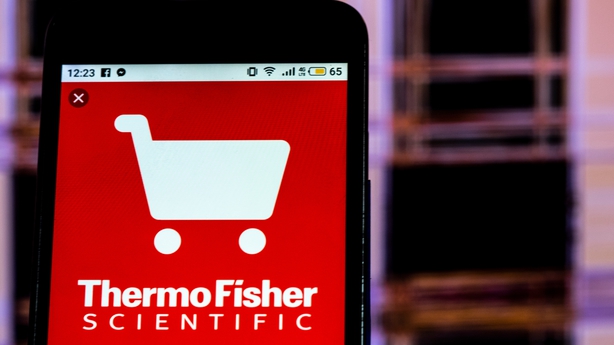 "This strategic step with Thermo Fisher will enable us to enter a promising new era and will give our employees the opportunity to have an even greater impact," he said.

The German-listed company said last November that it had started to review options, including a sale, after receiving indications of interest from potential suitors.

However, the following month it said it had decided its best option was to remain a standalone business.

Qiagen had been thrown into turmoil in October when its long-serving CEO Peer Schatz resigned and the company announced a reversal of its strategy, saying it would stop developing its next-generation genome sequencing machines and instead collaborate with industry leader Illumina.