As result, last week ended up being sterling's best in two months.

Boris Johnson wants to increase spending on everything from infrastructure and police to health and education.

Sunak is preparing to ease Britain's fiscal rules in his first budget, as he comes under pressure from Downing Street to open the spending taps, the Financial Times reported on Friday. 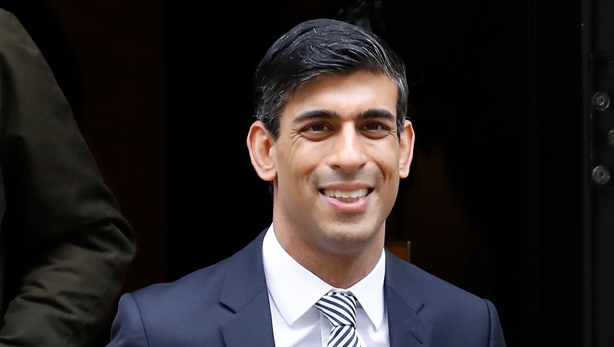 "Building expectations for looser fiscal policy are helping to boost optimism that the UK economy could outperform this year at least relative to downbeat expectations and other major economies," said Lee Hardman, currency analyst at MUFG.

"The positive impact on the pound from the improving outlook for the UK's economy is outweighing the negative weight provided by continued concerns over the UK’s future trading relationships in the near-term," Hardman said.

A human resources group said jobs in Britain's public sector look set to rise at the same pace as private sector jobs for the first time since 2008, reflecting an easing of government cuts in many departments.

Meanwhile, UK consumers face higher prices and reduced availability of goods if the government fails to agree pragmatic solutions with the bloc on regulatory checks at ports in any post-Brexit deal, the retail industry's lobby group warned today.

Traders will be watching the February flash composite purchasing managers' index data due on Friday, which could serve as a guideline to the Bank of England's future monetary policy.