Singapore cut its economic growth forecast for this year today as the coronavirus batters tourist arrivals and trade.

The city-state is one of the worst affected places outside China, with 75 cases of the virus so far. China has more than 70,000 infections.

"The outbreak of the coronavirus has affected China, Singapore and many countries around the world," the trade ministry said in a statement.

"In Asia, the outbreak is likely to dampen the growth prospects of China and other affected countries this year," it added.

Tourism arrivals have already started to decline, exports are expected to take a hit, and domestic consumption is likely to fall as people cut back on shopping and dining out, it added.

China is Singapore's largest source of tourists and a major export destination.

The city-state was at risk of sliding into a technical recession, warned Song Seng Wun of CIMB Private Banking.

"Mathematically it's possible because of the integrated nature of the global supply chain and the impact of the slowdown in China that could have far-reaching implications on small trade-oriented economies like Singapore."

As a small and open economy, Singapore is often the first to be hammered during global crises but it also recovers quickly when conditions improve. 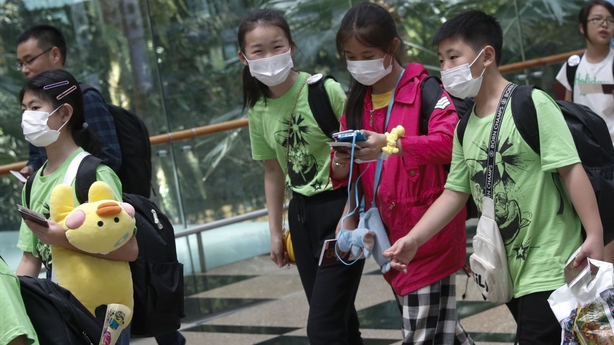 Prime Minister Lee Hsien Loong last week warned the effect of the virus was already worse than that of the Severe Acute Respiratory Syndrome (SARS) outbreak in 2003, as economies in the region are more closely linked and raised the possibility of a recession for Singapore.

"I think the impact will be significant at least in the next couple of quarters - I can't say whether we'll have a recession or not, it's possible, but definitely our economy will take a hit," he told reporters.

Singapore suffered a sharp, quarterly contraction at the height of the SARS outbreak, which killed hundreds after emerging in China, but bounced back swiftly.

National Development Minister Lawrence Wong last week flagged a "strong" budget - due to be delivered tomorrow - to counter the impact of virus.