Technology and internet titans were the first to reach $1 trillion in stock market value, but the next US companies that could do so are better known for their plastic.

Soaring stock prices are propelling credit and debit card companies Visa and Mastercard up the market value charts, where they currently rank 7th and 11th among companies in the benchmark S&P 500 index.

The stock prices of both Visa and Mastercard have gained roughly 50% in the past year.

Visa and Mastercard would each be worth over $1 trillion by 2023 if their average annual gains of the past three years were to continue, surging past the likes of Facebook and Berkshire Hathaway, if they also maintain their recent pace.

Fueling their rise is a shift toward cashless financial transactions spurred by a rise in online shopping.

"Everything travels on their rails," said Sandy Villere, portfolio manager of the Villere Balanced Fund.

"They literally sit in the middle of the banks, consumers and merchants and that has been a really enviable place to be," Villere said.

Visa had a market value of $449 billion and Mastercard's stood at about $324 billion as of last night's close. 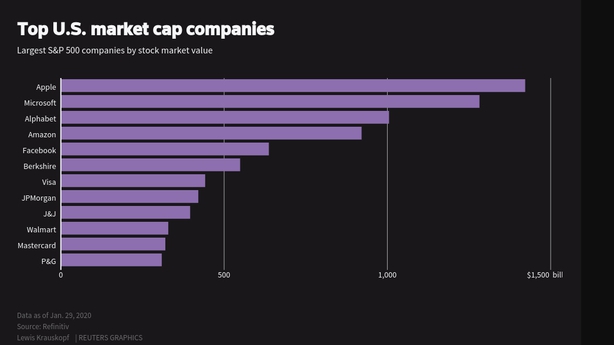 Amazon.com stood at $927 billion, though it's shares jumped on the heels of its earnings report last night after the bell, putting it in position to crack $1 trillion, as it did briefly in September 2018.

Revenue for both Visa and Mastercard nearly doubled over their past five fiscal years, to nearly $23 billion for Visa, and about $17 billion for Mastercard, according to Refinitiv data. 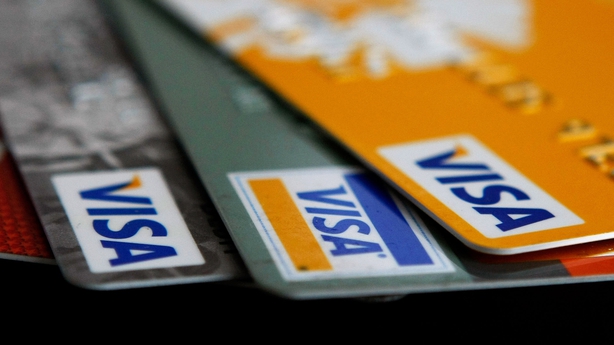 Adjusted earnings per share more than doubled for both companies over that period.

About 43% of consumer purchases around the world excluding China are made using a digital form of payment, up from 28% in 2010.

Visa holds a 60% share of the credit and debit card market, followed by Mastercard with 30%, with American Express far behind at 8.5%.

Despite their importance in finance, Visa and Mastercard are categorised as part of the S&P 500's information technology sector .

While Apple, Microsoft and chip companies such as Intel often garner the lion's share of attention, Visa and Mastercard have been key contributors to the rally in technology shares.

Their valuations have expanded to their most expensive in at least a decade.

Visa trades at about 31 times forward 12 months' earnings estimates, while Mastercard trades at 35 times, according to Refinitiv Datastream.

Both stocks are trading at a higher premium to the market than they have on average over the past five years. 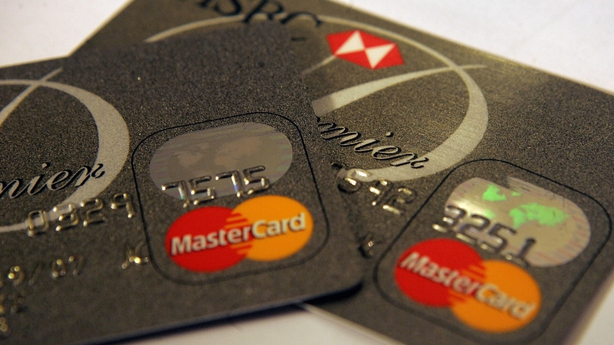 The big run for Visa and Mastercard shares has also come during an more than 10-year US bull market, and gains could be more muted in any downturn.

Stocks started 2020 strong but have pulled back amid concerns over the spread of a virus from China.

Risks to the companies include greater competition in the payment sector from big tech companies, as well as tougher regulations from governments around the world that might hinder access.

The companies are not sitting still. Earlier this month, Visa agreed to buy privately held Plaid in a $5.3 billion deal to boost access to financial technology.

Un August Mastercard agreed to buy a majority of the corporate services businesses of Scandinavian payments group Nets for about $3.19 billion.