Royal Dutch Shell is cutting the pace of its vast $25 billion share buyback programme after lower oil and natural gas prices halved its profit in the last three months of 2019.

The news sent its shares to their lowest since July 2017.

While the Anglo-Dutch energy company warned again that a slowing global economy could affect its buyback programme, which is the world's largest, chief executive Ben van Beurden said Shell still intended to complete it.

This means it will probably miss its target of completing the programme by the end of 2020, analysts said.

Shell had already warned in October that the buyback programme could be delayed beyond the target because slowing global growth due to the China-US trade war had hit demand for oil, natural gas and chemicals.

A rise in Shell's debt ratio, or gearing, to 29.3% in its fourth quarter from 27.9% in the previous quarter, and well above its 25% target, added to the pressure on the oil company.

Shell, which pays about $15 billion in dividends every year, plans to boost payouts to investors through dividends and share buybacks to $125 billion between 2021 and 2025.

Although rising tensions in the Middle East and a Phase 1 trade deal between the world's top two economies boosted oil prices to above $70 a barrel in early January, prices dropped to below $60 this week as the outbreak of the coronavirus in China exacerbated fears global economic growth could slow.

Shell's fourth-quarter headline profit halved to $2.9 billion from $5.7 billion in the same time in 2018, its lowest in over three years.

Weaker oil and gas prices pushed the company to take a $1.65 billion charge on its US gas fields. 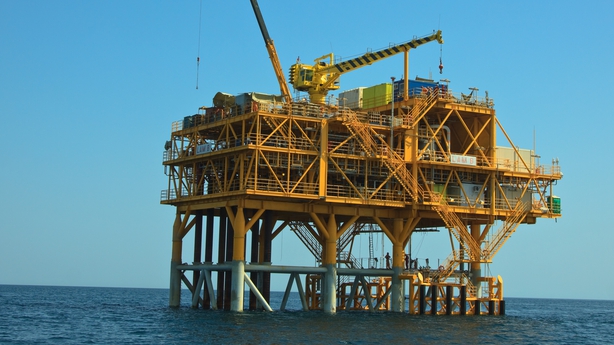 Rivals including Chevron and BP have also booked a number of significant provisions in recent months.

The 48% drop in net income attributable to shareholders, based on a current cost of supplies (CCS) and excluding identified items to $2.9 billion was below a forecast of $3.2 billion in a survey of analysts provided by the company.

Free cash flow, or money available to pay for dividends and share buybacks, plummeted to $5.4 billion in the quarter from $16.7 billion a year earlier.