Spain's Santander said it had significantly boosted its capital ratio in 2019 and will target a further increase in 2020.

The news lifted its shares as a solid underlying performance in Latin America offset sluggishness in Britain.

Santander's diversification overseas, especially in Brazil and Mexico, has helped the bank cope with tough conditions for lenders in Europe in the years since the financial crisis.

But the bank still has consistently had weaker solvency ratios than its European peers.

Shares in Santander, the second-biggest bank in the euro zone in terms of market value, were up 4.5% this morning to become the top performer on Spain's blue chip index as investors focused on progress in areas such as solvency. 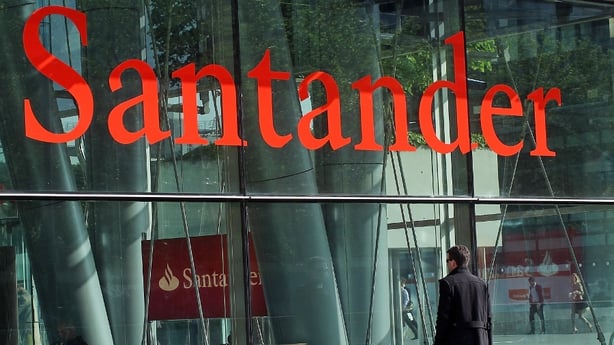 "We earned the loyalty of our customers, delivering record annual revenues and strong underlying profit. This allowed us to further strengthen our capital base and grow our CET1 capital ratio," Santander's executive chairman Ana Botin said.

It posted a 35% increase in fourth-quarter net profit from a year earlier to €2.78 billion euros, beating analysts expectations of €2.5 billion, according to a Reuters poll.

The bottom line was buoyed by capital gains of €711m, mainly related to an agreement with Credit Agricole to combine both banks' custody and asset servicing operations.

Net profit for the whole of 2019 fell 16.6% to €6.5 billion, hit by one-off charges of €1.74 billion related primarily to its British business in the third quarter.

Overall, net interest income, a measure of earnings on loans minus deposit costs, was €8.84 billion, down 2.4% from the same quarter last year but 0.4% higher than in the previous quarter due to solid lending growth in Latin America.

Analysts had forecast a NII of €8.86 billion.