Asian markets tumbled again today, extending a global sell-off as the toll from a rapidly spreading Chinese virus spiked to more than 100 dead and thousands infected.

Investors are fretting over the impact on an already fragile world economy.

Traders have been running for the hills as the coronavirus is reported in more countries, with oil also tanking on expectations that demand in China, the world's top consumer of the commodity, will be hammered.

The outbreak comes during the Lunar New Year break when hundreds of millions of people criss-cross China and spend huge amounts of money.

The government has sealed off Wuhan, the epicentre of the outbreak, and other cities in Hubei province, effectively trapping tens of millions of people, including thousands of foreigners, in a bid to contain the virus.

It has also extended the New Year holiday, initially due to end on January 30, for three days to limit population flows.

Analysts said there were growing fears the crisis could become as bad as the SARS outbreak that hammered markets and the global economy 17 years ago.

The VIX "fear" index, which measures market volatility, soared by a quarter yesterday to its highest level since October, when investors were worried about the China-US trade talks.

The crisis comes just as the world economy was showing signs of stability after a long-running growth slowdown.

"Given that China has rapidly increased its role in the global supply chains, the market continues to price in the worst case, negative growth shock scenarios," said AxiCorp's Stephen Innes. 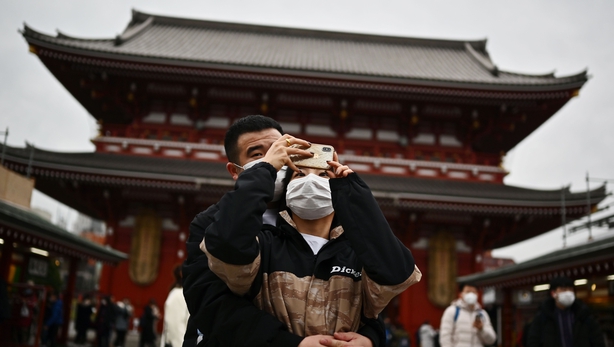 "For the most part, traders are flying blind, knowing nothing about the actual implications of (the virus) for global growth," he said, adding that "there remains a growing sense in the market that contagion levels could get worse before they get better".

Seoul plunged more than 3% and Singapore shed more than 2% while Sydney was off 1.4% as investors in those markets returned from a long holiday weekend.

Manila, Jakarta and Wellington both lost more than 1%, while Tokyo ended 0.6% down.

"Markets hate uncertainty, and the coronavirus is the ultimate uncertainty - no one knows how badly it will impact the global economy. China is the biggest driver of global growth, so this couldn't have started in a worse place," he added.

Stocks are falling across the board, with tourism-linked firms such as airlines and casinos among the hardest hit.

There are also big drops in electronics firms with Samsung's fall of 0.6% a key drag on Seoul's Kospi, while Sony took a hit in Tokyo as traders contemplate weak sales in China over the holiday.

Oil prices continued to suffer selling action and are down nearly 10% over the week. OANDA's Jeffrey Halley warned of further losses.

With "an overwhelming amount of product being available on international markets, it is quite conceivable that the sell-off can continue, especially if the Wuhan virus makes inroads internationally or resists China's attempts to control it", he said in a note.

Gold, a safe haven in times of uncertainty, was slightly lower, hovering near the $1,600 mark.