Incoming BP chief executive Bernard Looney plans to expand BP's climate targets and is considering overhauling the structure of the oil and gas major in one of the biggest shake-ups in its 111-year history.

These will likely include emissions from fuels and products sold to customers rather than just the far lower emissions from BP's own operations, according to four sources with knowledge of internal discussions with the new CEO.

The aim is to catch up with, and possibly outdo, rivals such as Royal Dutch Shell and Repsol as investor pressure over climate change mounts, said the sources who declined to be named as the plans have not yet been made public.

More stringent climate targets could lead to London-based BP selling its most carbon-intensive businesses such as oil and gas fields in Angola and Canada, they added.

As part of the climate push, Bernard Looney is also looking at a broad reorganisation of the company aimed at cutting costs.

One idea being explored is to merge parts of the upstream oil and gas production division with refining and petrochemical operations, said five sources.

The new CEO and his team of close advisers have held an intensive series of closed-door meetings in recent weeks to outline the new strategy, according to three of the sources.

They said he would outline his "ambitions" for the company in a speech on February 12, a week after he takes over from Bob Dudley.

It is unclear if Looney has decided to adopt any structural changes at this stage.

Any new strategy will require a fine balancing act though, and is not without risk for a company whose pioneering efforts in the early 2000s to build a large renewables business, branded "Beyond Petroleum", ended with huge losses.

BP will have to rely on revenue from an expanding oil and gas business to fund its green ambitions while maintaining the generous dividends that keep investors on board.

Some industry experts say that business model may not be sustainable in a low-carbon future.

They also point out that BP's emissions are rising, as its oil and gas exploration and production activity expands, while it spends just a fraction of its investment pot on renewables and low-carbon technologies.

"Looney is coming in at a crucial moment for the oil sector," said Morgan Stanley's global oil analyst Martijn Rats.

"Over the next decade, companies like BP will need to maintain supply of oil and gas, for which demand is continuing to grow. That will require ongoing investment. At the same time, they will need to prepare for a decarbonised future," he said.

"All the while, their investors will ask them to keep up these large dividend payments. Balancing these three demands will be the key challenge," he added.

Looney, who is known for his energetic management style, wants to go beyond the carbon reduction targets that were set by Dudley in 2019 and limited to emissions from BP's own operations.

The new targets will likely encompass, for the first time, emissions from the fuels and products sold, known as Scope 3, which account for nearly 90% of BP's total emissions, according to the sources.

BP's current targets are to reduce emissions from its own operations to net zero by 2025, equivalent to cutting 3.5 million tonnes of CO2 compared with 2016.

It also agreed in a resolution adopted by shareholders to align its business with the 2015 Paris climate agreement goals.

It is not clear what reduction targets the company could set for its Scope 3 emissions. The goals are however expected to be detailed at a strategy day later this year, the sources said.

Bob Dudley, who became CEO almost a decade ago following the Deepwater Horizon rig disaster in the Gulf of Mexico that drove BP to the brink of bankruptcy, had long resisted setting Scope 3 targets, arguing the company could not control how its fuels were being used.

While Looney receives a financially solid company, he faces fierce pressure from shareholders and activists to do more to meet UN-backed goals to limit global warming.

Scope 3 targets could align BP with its most climate-progressive rivals - Repsol, which aims become a net zero-carbon company by 2050; Shell which has set out an "ambition" to halve Scope 3 emissions by 2050; and Total.

US majors have lagged their European rivals, with Chevron setting limited reduction targets and ExxonMobil having no targets.

Kerryman Looney, who joined BP in 1991 as a drilling engineer before rising through the ranks, is also considering overhauling the company's traditional structure, aiming to reduce costs as the outlook for oil and gas prices and consumption remains uncertain.

The idea being explored of merging parts of its upstream and downstream operations is driven by the fact that they share similar management objectives such as safety, cost efficiency and reduction of carbon emissions, according to the sources. 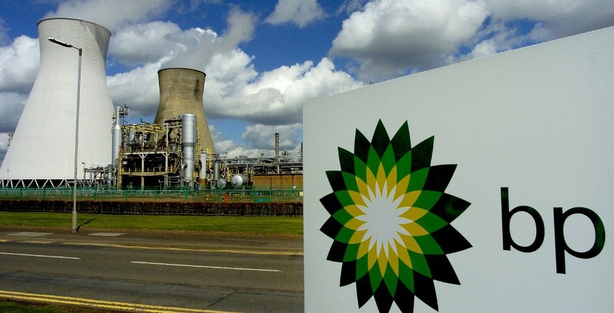 Under the proposed changes, BP would also form a unit focused on its rapidly growing retail, marketing and power businesses.

These businesses are expected to be central in the energy transition as customers switch to electric vehicles and global demand for electricity is set to soar in coming decades.

Rival Shell has already carried out a major shake-up, in 2016, establishing its integrated gas division as a separate segment following the acquisition of BG Group which sharply expanded its liquefied natural gas business (LNG).

France's Total created a gas, renewables and power division in 2016 as it prepared to expand it LNG and low-carbon operations, spinning off parts of its upstream operations.

Since being announced as Dudley's successor in October, Bernard Looney has shuttled around the world, visiting staff, partners and governments in BP's main hubs, from India and Azerbaijan to Senegal.

He has also met investors, consultants, bankers and environmental groups.

As things stand, BP's upstream emissions are set to grow by 4% between 2018 and 2025 due to higher oil and gas production in the wake of the 2018 acquisition of BHP Billiton's US shale assets, HSBC said in a report.

However, of the roughly $16 billion per year the company invests in its business, only about $500m goes to renewables and low-carbon technologies.

BP, which made a profit of $7.4 billion in the first nine months of 2019, is also set to pay over $9 billion in dividend and share repurchases for the year.

"He believes in oil and gas but is not blind to the consequences of using it and that it cannot last forever," the official added.