The group, which also owns major grocery, agriculture and ingredients arms, said today it still expected "progress" in adjusted earnings per share in the full 2019-20 year.

For the 16 weeks to January 4 group revenue from continuing operations was up 4% year-on-year on a constant currency basis, with Primark sales up 4.5% on the same basis.

But the retailer's sales growth was due almost entirely to an increase in selling space.

In the UK, Primark's sales rose 4%, with a "marginal" decline in like-for-like sales. Primark said it won market share in a UK clothing sector that has struggled for growth in the run-up to Christmas.

Primark's operations in the euro zone and in the US both achieved like-for-like growth.

That reflected the effect of purchases contracted at a stronger US dollar exchange rate than the previous year, partially mitigated by cost reductions in both the cost of goods and overheads.

The group also forecast a material improvement in sugar profit in the year, weighted to the second half. AB Sugar's revenue rose 7% in the period.

"Primark's sales decline in the UK is disappointing although not surprising considering the difficult environment for clothing retail, although the fact trading was good in November and December is encouraging."

"Europe is improving, especially Germany where it is reducing space in some clothes."

"Overall, for an exclusively brick and mortar retailer, I think Primark is doing OK, I think we have reached a sort of "steady state" and I don’t see the US as a game changer – there is plenty of competition in the value clothing sector in the US and I don’t see Primark becoming a major player in the country," the analyst added.

Meanwhile, UK retailers are being too gloomy about the consumer outlook because the fundamentals of the UK economy are still sound, the finance chief of Primark owner Associated British Foods said today.

John Bason pointed out that UK employment is at historically high levels, while disposable income is still rising.

"Was there a degree of caution by the UK consumer (in the run-up to Christmas)? Possibly yes. But I find the comments about gloomy forecasts for the UK consumer surprising, I really do," he told Reuters.

"I think people are still spending but being just a little bit cautious about it," Bason said.

Major UK store groups, including Sainsbury's and Marks & Spencer, have said they are not expecting a bounce in consumer spending in 2020 after a subdued Christmas, partly blaming continuing Brexit uncertainty. 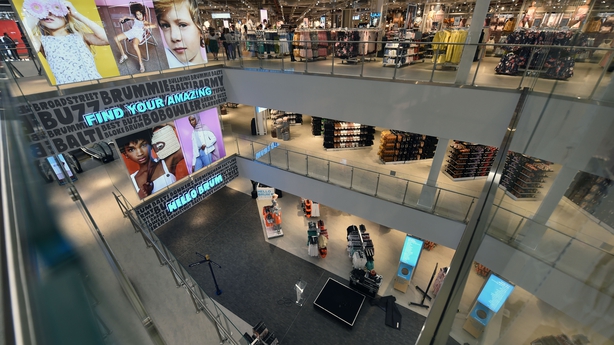 However, John Bason said retailers with real relevance to the shopper can still prosper.

"I think that the Primark price point is such that we will continue to draw customers in," he said.

He also said that climate change and sustainability would become more important for the fashion industry in 2020.

"We're hearing it from our consumers," he said, pointing out that Primark was intensifying programmes to increase levels of organic and sustainable product in its stores.

The firm is increasing five-fold its sustainable cotton programme so that by 2022 it will have trained 160,000 farmers in India, Parkistan and China in more sustainable farming practices.