How can the tech sector help seniors remain independent, connected, healthy, and safe?

Solutions for the elderly were prominently displayed at the 2020 Consumer Electronics Show ranging from smart clothing to embedded sensors to help monitor those at risk.

One of the keys for useful products, CES exhibitors said, is to have the monitoring devices as unobtrusive as possible so seniors feel less awkward.

Here are three concepts for seniors seen at the gadget extravaganza this week:

Japanese homebuilding group Sekisui House showcased its new "Platform House Concept" which can allow seniors to live independently while being monitored for detection of disease or health problems.

Developed with scientists from the Massachusetts Institute of Technology, the Sekisui House uses ceiling sensors to monitor a person's heartbeat; in the event of cardiac arrest, the home will call for help and unlock the doors after verification of emergency crews.

Brian Anthony, an MIT professor who spoke at the Sekisui exhibit, said the "home as a service" concept enables better health tracking of seniors even if they don't ask for help.

"One of biggest issues is compliance with medication, and wearing connected devices," Anthony said.

"Here you just have it in the environment, you don't have to worry about technology."

French startup Technis showed its smart flooring, which uses sensors to detect how seniors are moving, how often they use the bathroom and their pace of activity.

Sleepwear is a good way to track health vitals discreetly, according to Japanese startup Xenoma, which introduced its "e-skin" pajamas designed for elderly people.

They look like normal pajamas but sensors analyse health vitals and sleep conditions, and detect falling.

The pajamas were one of several examples of textile computing, which relies on sensors woven into fabric to collect and analyse health data.

Another wearable for seniors is a wrist-worn monitor from US startup CarePredict which can allow loved ones to track activities like eating, sleeping and walking before the vitals show signs of decline. 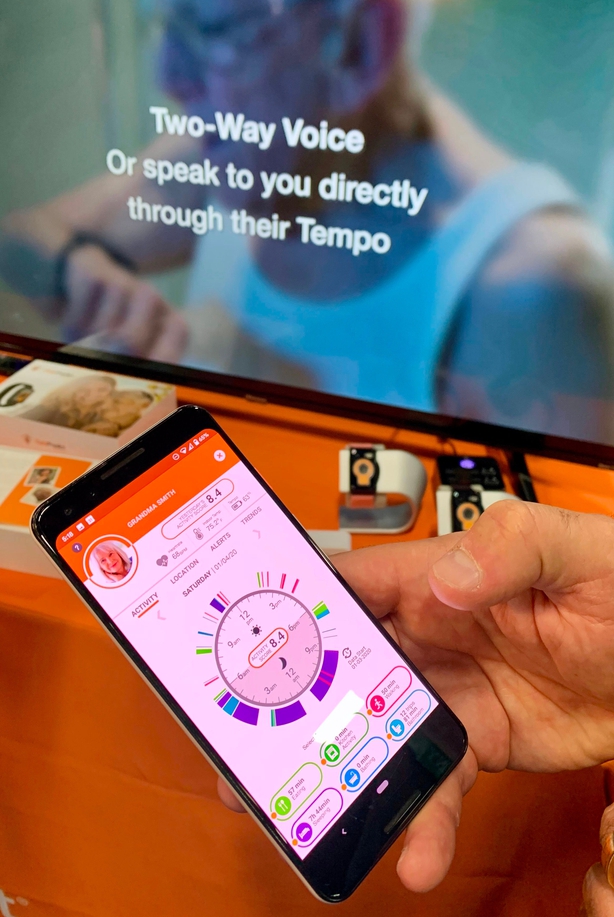 An artificial intelligence program aims to predict problems including depression, according to the company.

CarePredict's Jerry Wilmink said the device is especially useful for people caring for elderly family members who live far away.

"The challenge is right now, that caregivers on average live about 3,000 miles away from seniors they care for, so they need eyeballs in that home," he said.

Robot companions for the elderly have been around for years.

But the smart assistant designed as a parakeet from Boston startup Loro is aimed at wheelchair-bound users, offering an extra set of eyes and ears. 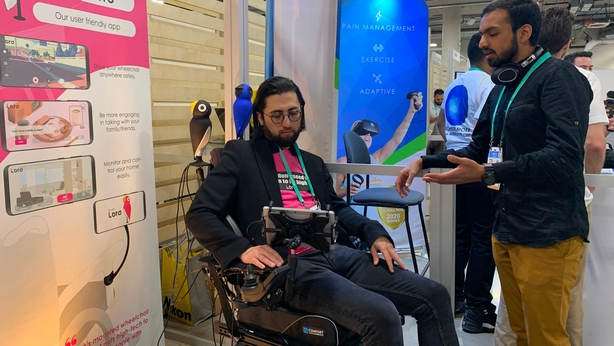 "It can see what's around without turning your head," said Loro co-founder David Hojah.

Loro is designed with artificial intelligence to recognise objects and, with the help of a connected tablet, can speak for the user if he or she cannot.

For some developers, collecting and analysing data is a key for better wellness for seniors.

Ejenta, a California startup developing systems for remote health care, unveiled a system which can scoop up biometric data from a variety of sources such as smart clothing or phones, modeled after a program developed by NASA for astronauts.

Ejenta is using the system to monitor conditions for patients over age 85, enabling caregivers to have better information.

"This is where the future is going -- all clothing and objects and sensors we wear will be connected, generating data," said Rachna Dhamija, co-founder and chief executive.

"So we need platforms like this which can collect it, analyse it and provide predictive analytics for your health."