UK regional airport Flybe is in talks to secure new financing to help it survive, Sky News has reported.

When asked about the report, Flybe said it did not comment on rumour or speculation, while the UK government's Department for Transport also declined to comment.

Sky News said Flybe, which connects airports like Birmingham to Paris as well as smaller European cities, was on the brink of collapse due to mounting losses and as Connect's financing requirements had become more onerous.

Should Flybe collapse, it would be the second high-profile failure in Britain's airline and travel industry in less than six months after Thomas Cook went into liquidation last September, stranding tens of thousands of passengers.

Some 2,000 jobs are said to be at risk if the airline collapses.

Sky News said the DfT was considering whether the UK government could provide any emergency financing for the company.

The DfT declined to comment. "We do not comment on speculation or the financial affairs of private companies," a spokesman said today. 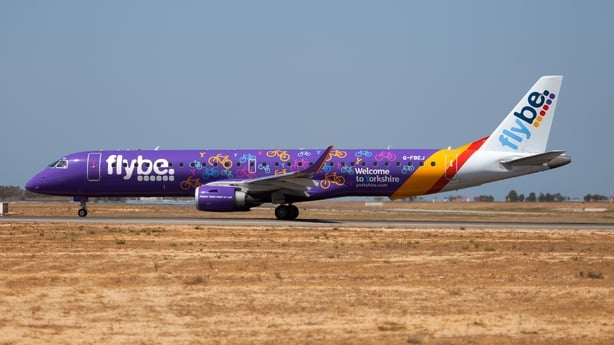 "Flybe continues to provide great service and connectivity for our customers while ensuring they can continue to travel as planned. We don't comment on rumour or speculation," a spokesperson for the airline said.

The airline began as Jersey European Airways in 1979, operating regional flights from Jersey.

Its route network grew and it was rebranded British European in 2000, before becoming Flybe in 2002.