The value of old Irish money that has not been swapped for euro since the change in currency equates to around €350 million.

It is 18 years since the punt ceased to be legal tender in Ireland.

The bank said that much of this money may never be claimed.

The Central Bank allows people to exchange their old punts - both notes and coins - for euros.

People who wish to do so should go to the Central Bank website and complete the relevant forms, and then submit the forms with the notes and or coins. 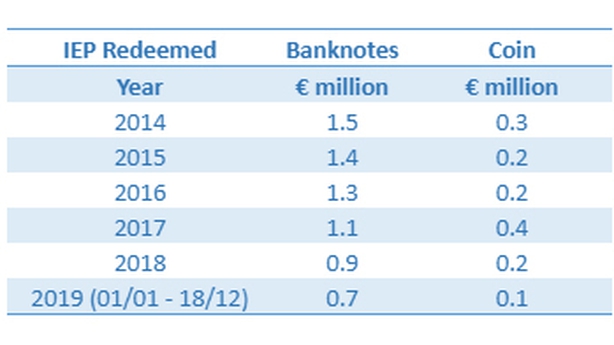 The bank said that as direct exchange is unavailable, it will provide a euro transfer to the bank account the consumer lists on their form.